On December 8, 2013, Samuel slipped his collar shortly after arriving at a local rescue’s foster home. Numerous volunteers from the rescue mounted an aggressive search for the young German Shepherd, putting countless flyers into the hands of residents and businesses in the area and placing signs at many intersections.

In late January, a Good Samaritan in the area noticed Samuel in his yard of his home. At first glance he thought Samuel was a coyote, but he quickly realized it was a German Shepherd. He and his wife recalled the signs they’d seen for Samuel, and they contacted his rescue. For two weeks, the homeowner left food every day in the same location in his backyard, and soon Samuel was making the trip to the feeding station a couple times a day, often around 3 p.m.

Habituating Samuel to the feeding station was key, because now we were able to deploy the Missy Trap where we expected he would be. We set up the trap on a Saturday morning. According to photos from the trail camera, Samuel visited the trap several times that day.

We decided to lock the gate open for the first day to allow Samuel to get used to the trap’s presence and be comfortable going inside. We learned from the trail cam that he went inside the trap each time he stopped by. The following day, February 6, we set the trap door to trigger using an electromagnetic release. Retrievers volunteer Greg James and Samuel’s foster observed from a vehicle parked 200 feet away, waiting for Samuel to make his appearance.

At 3 o’clock, right on schedule, Samuel walked out of the woods and slowly approached the trap. Enticed by the fresh food at the back of the trap, he walked fully inside. Greg cut the power to the electromagnet, triggering the gate to fall closed.

After 70 long days on his own in the harsh Minnesota winter—which had included stretches of subzero weather caused by a polar vortex—Samuel was finally captured and was returned to his foster home. He had lost 30 pounds but was otherwise in good health—a true testament to the resilience of these dogs when they are on their own.

As of this writing, Samuel is safe, warm and doing well in his foster home. 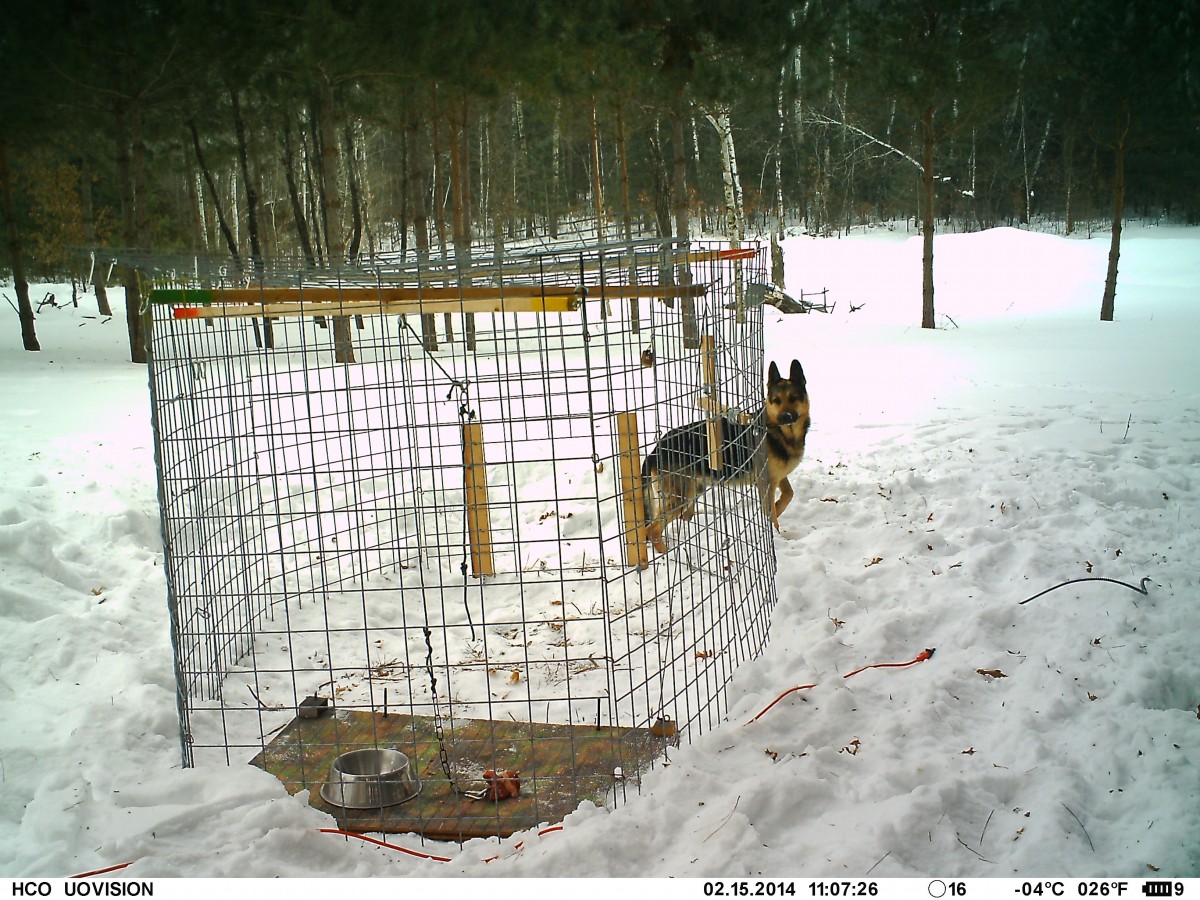 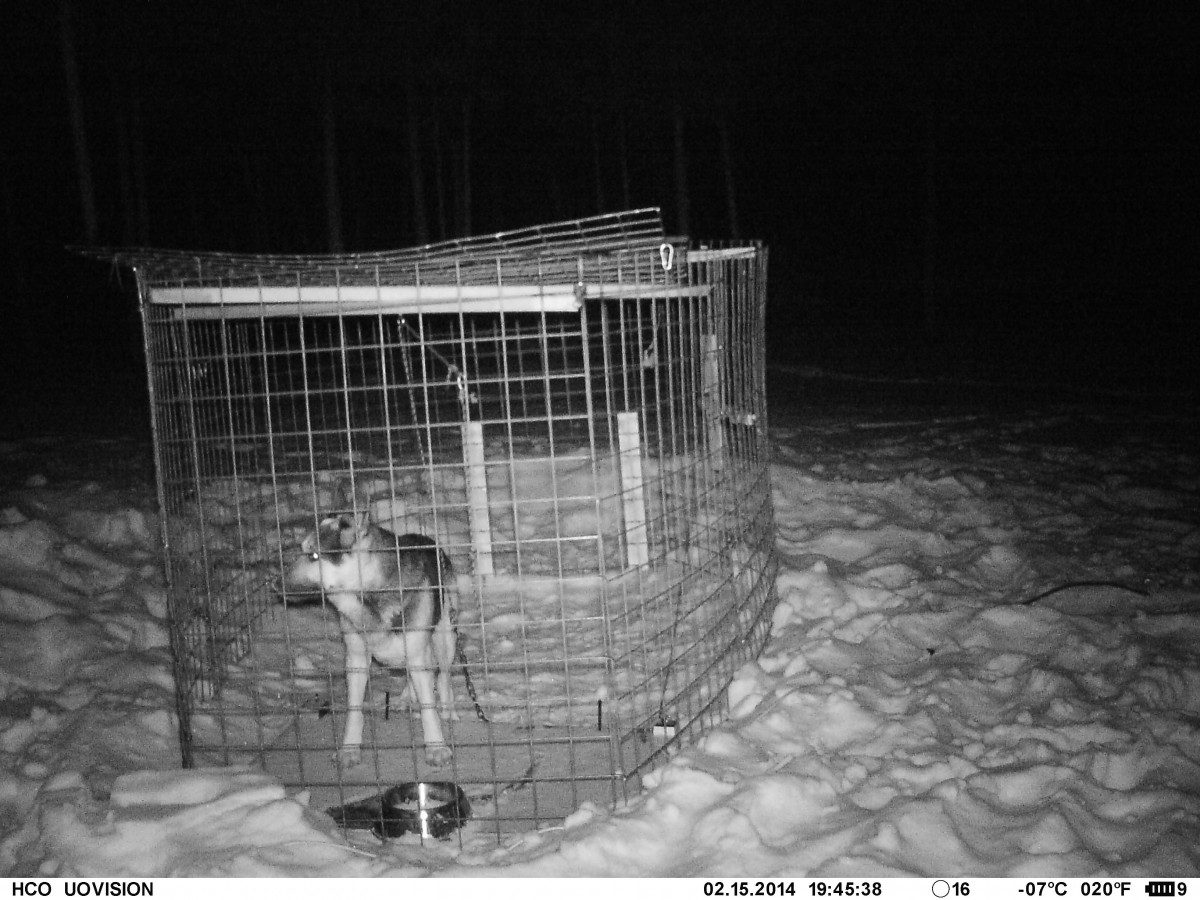 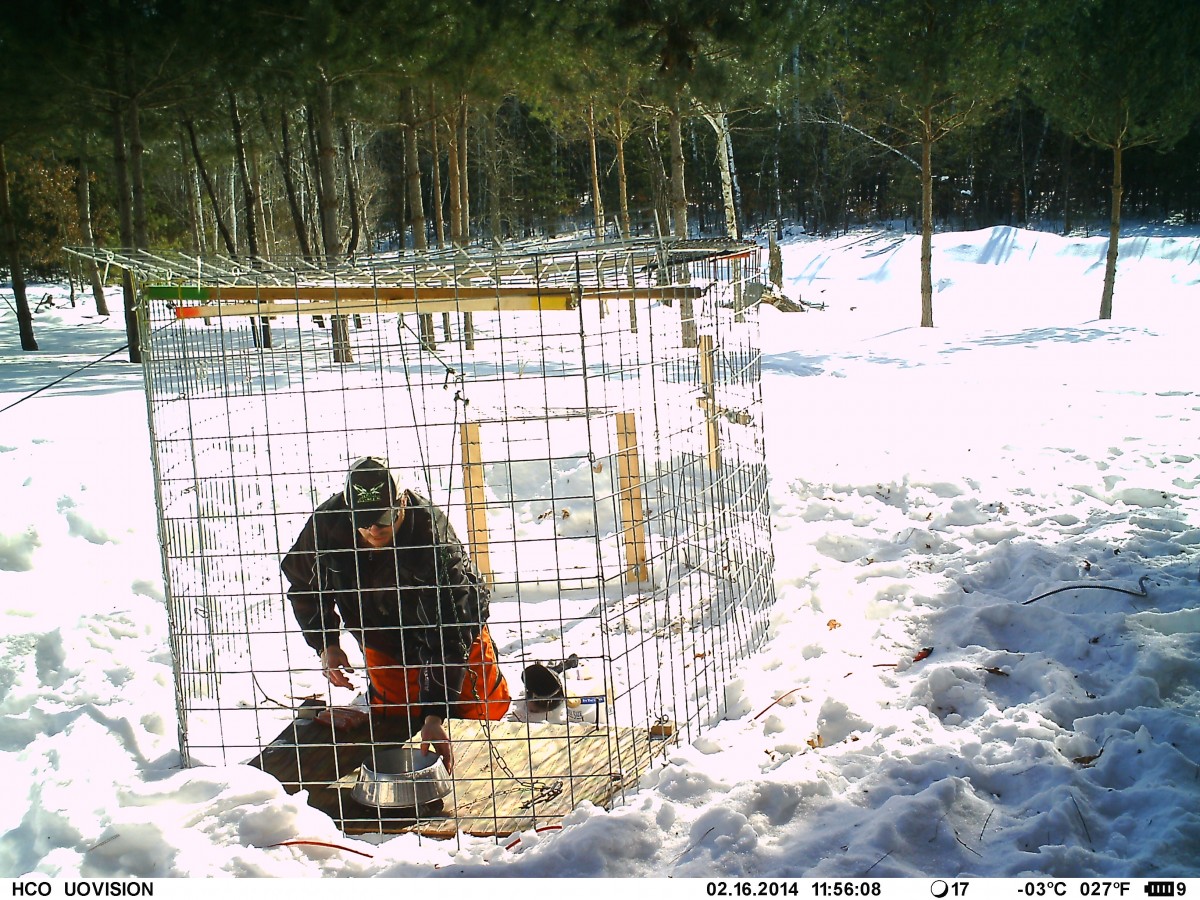 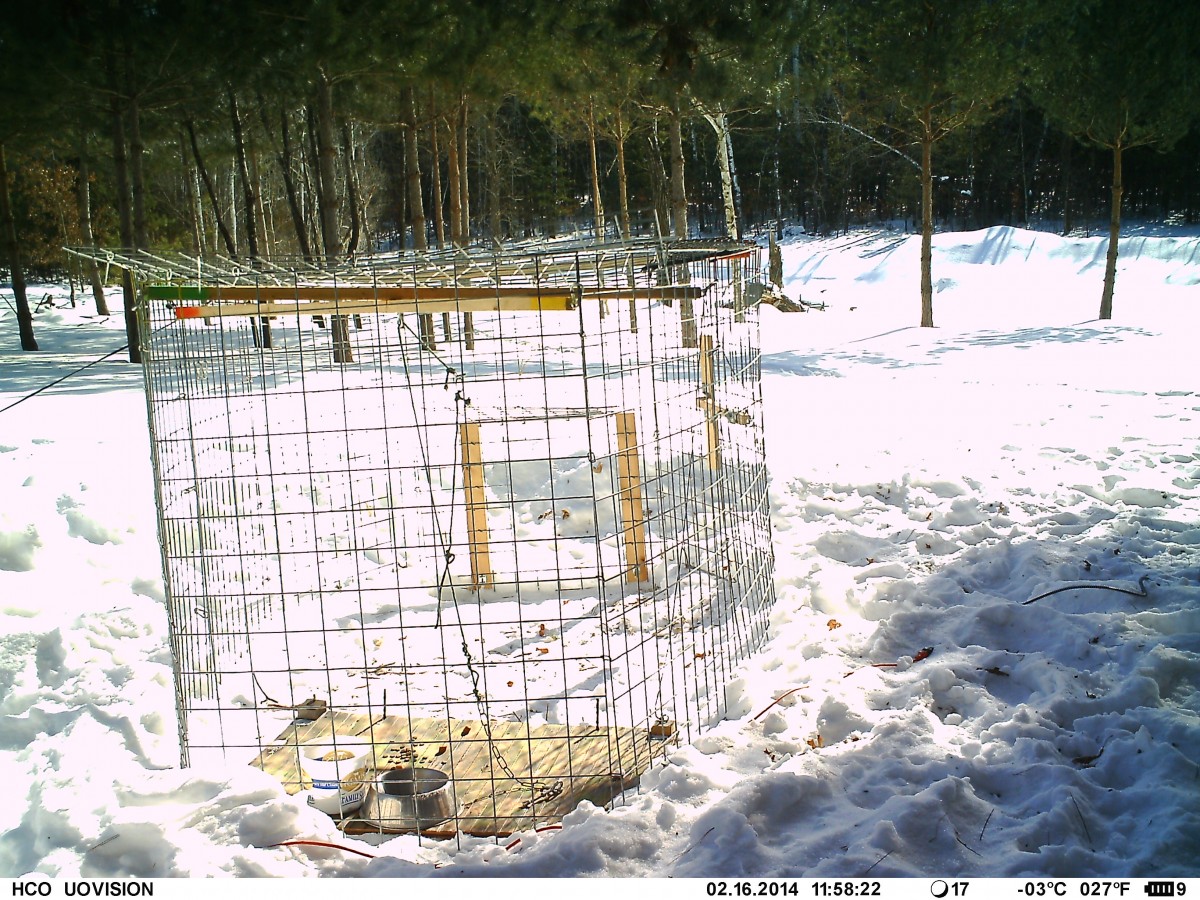 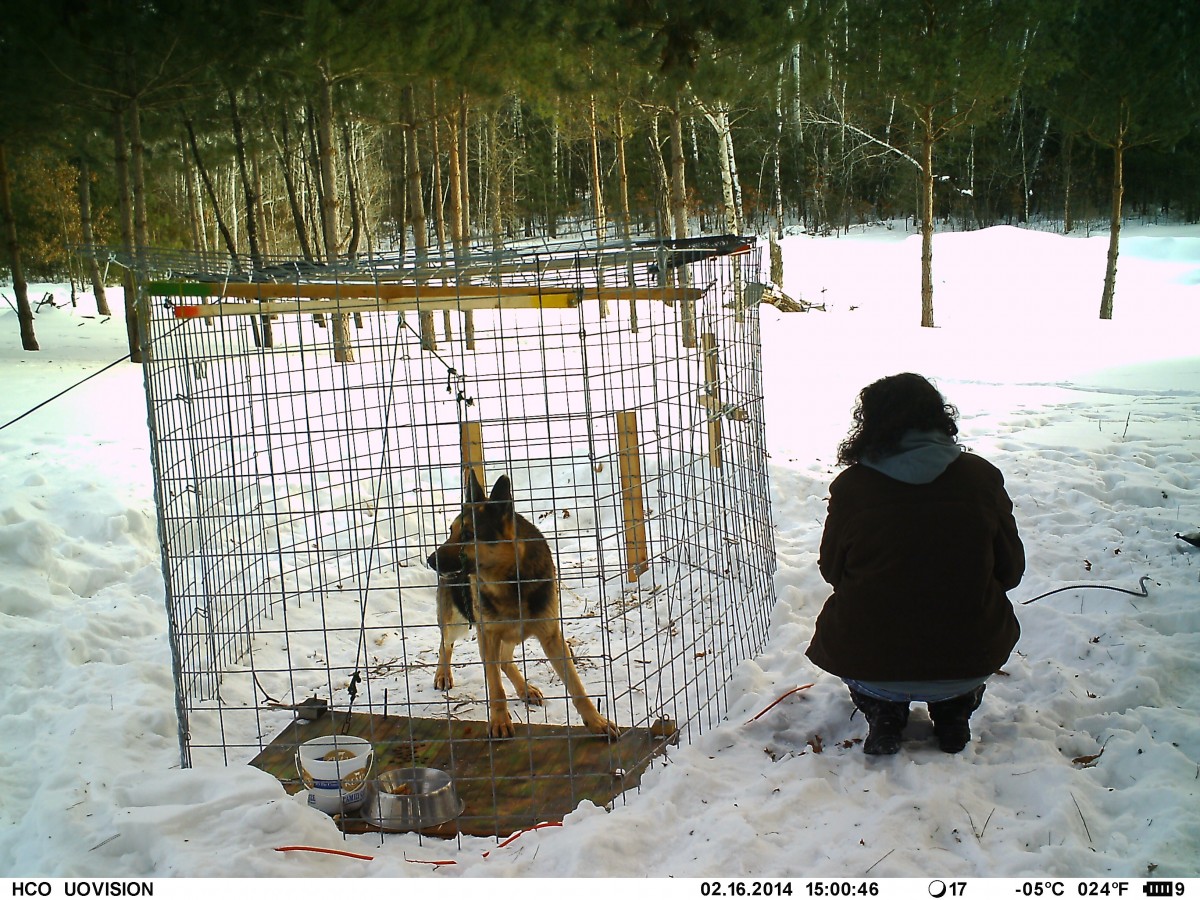 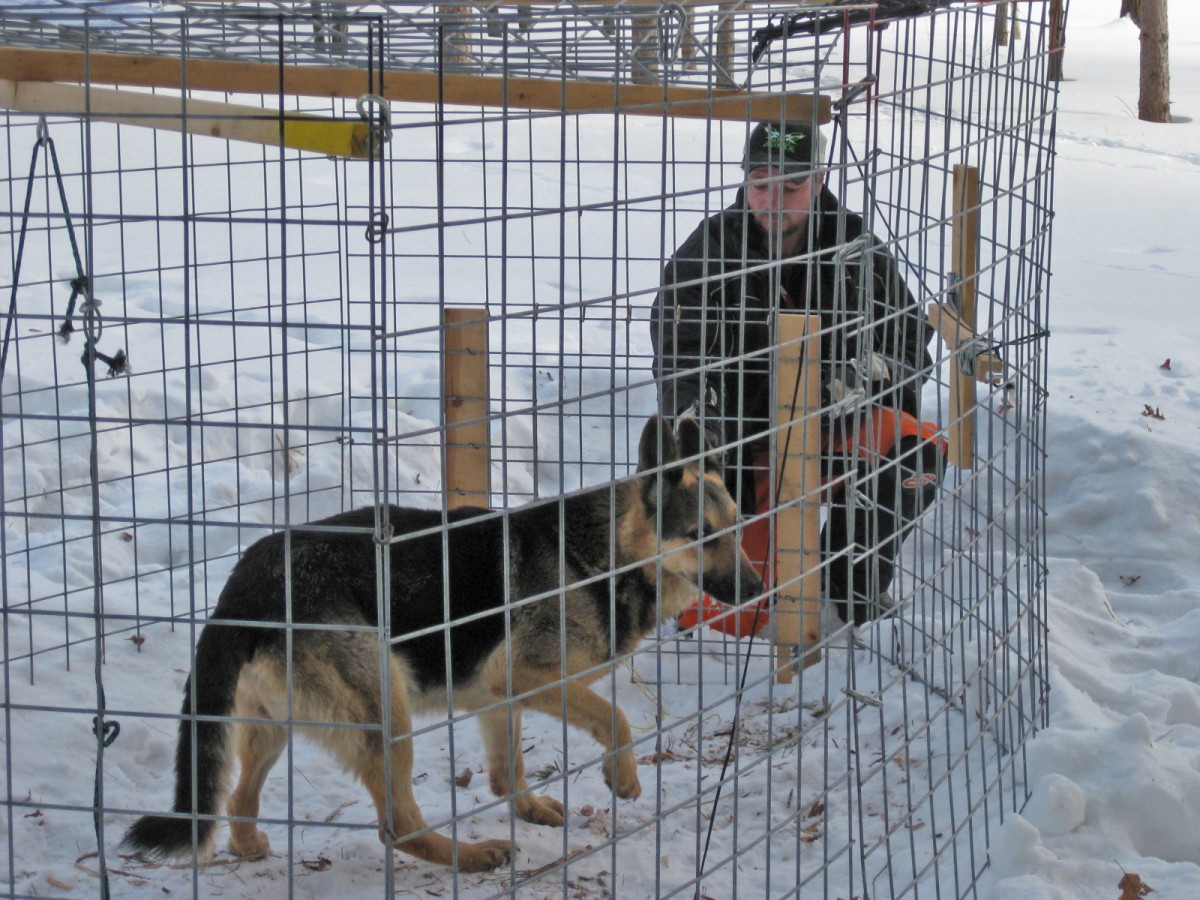 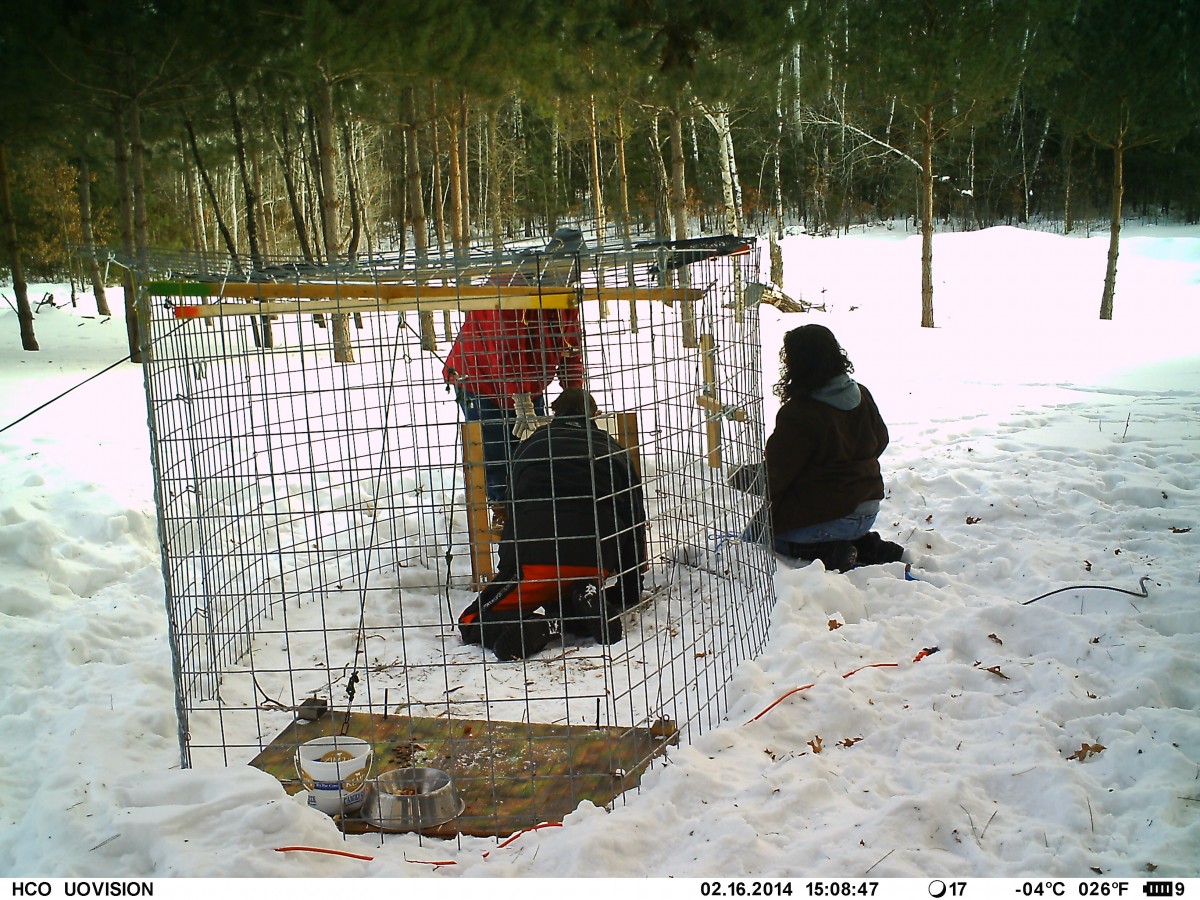 We were informed by Dave and Sheryl in Stacy, MN that a black dog had appeared from no where and had been hanging out in their yard for 5-6 weeks. It was cold and she appeared to become great friends with the neighbor’s horse and was sleeping in the horse barn. After doing some asking around, they found out the dog was a foster dog from their neighbor down the road and she had gotten loose.

Dave and Sheryl started feeding her outside their sliding door and she got into the routine of feeding from that location when she’d see them step out to fill the bowl and hear them whistle. Often she was seen in their back yard playing in the snow with milk cartons or other things she found.

Dave and Sheryl were concerned that the impending polar vortex would make it tough for her to survive and they contacted us to see if we could help trap her into safety and warmth.

I drove up with a Missy Trap on the morning of January 4th and we set up the trap in the location right outside their sliding glass door. I had to laugh because the dog watched me set it up from 50 feet away. The plan was to run a rope into the sliding door and when the dog entered the trap, pull the rope to close the gate on the trap.

As soon as I put the bait into the trap and ran around to the front of the house, the dog immediately ran up to check out the situation. The three of us hid behind the curtains and furniture so she would not see us inside the glass door. She did one lap around the trap and then slowly walked in. I gave the signal to Sheryl and she pulled the rope and we had her. Fortunately it was an easy catch, one that was quicker than actually setting up the trap…

I entered the trap and she was cautious, but allowed me to carry her into their home to get warm and calm down. She was a bit skittish, but quickly warmed up to Sheryl and Dave. They named her Bella.

Dave and Sheryl considered adopting Bella, but after a couple days it was decided that it was best for her to go back to her foster. Bella is now living happily with a family nearby and has taken a great liking to their daughter. Happy and warm ending for Bella.

Dave and Sheryl did a great job of keeping Bella safe and fed until she could be captured. We were happy to help capture her and get her warm. Bella is a young border collie mix and very sweet. We thank Dave and Sheryl for contacting us and for all they did for Bella. 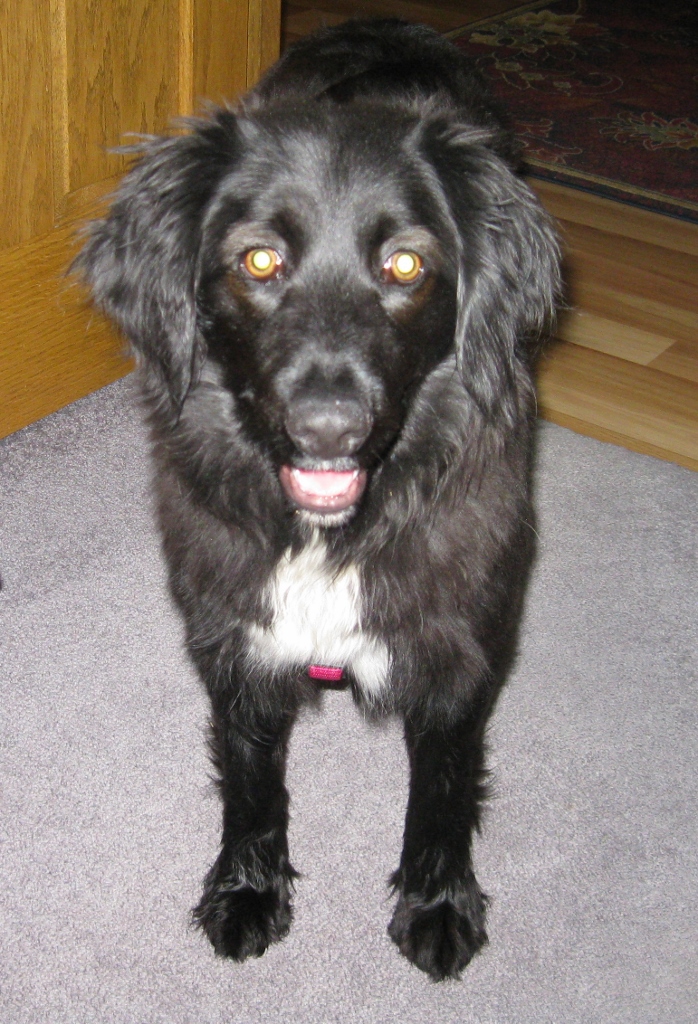 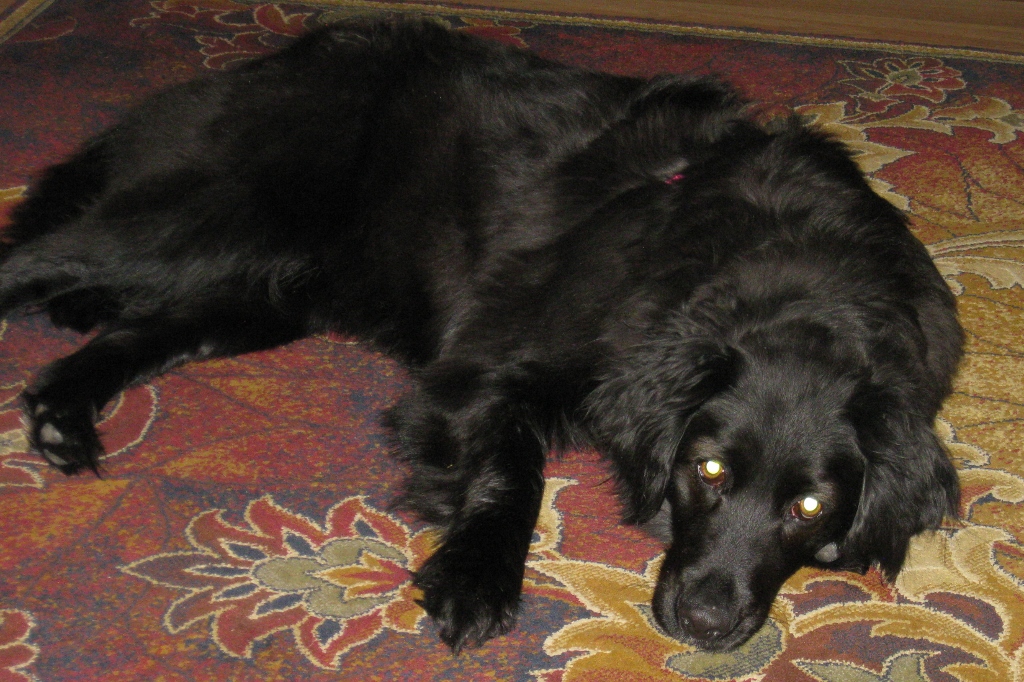 Resting on a Warm Rug