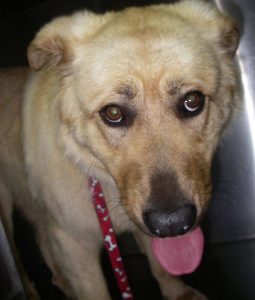 At 9:30 on a Friday night, a vet clinic in northeast Minneapolis contacted the Retrievers via our Facebook page, saying they needed help catching a dog. Jasper, a shepherd mix, was being boarded at the clinic while his family was in South Carolina. Jasper had managed to escape his leash and scale a 6-foot fence while on a potty break. The staff ran after him as he bolted into the adjoining yards, watching him clear four- and five-foot fences with ease.

I met teammate Jessica Peterson and Gina, a staffer at the clinic, at the site and we set up a Missy trap and cellular trailcam in the area of the sightings. The trap location was close enough to a residential street that we were able to plug a long extension cord into a neighbor’s outdoor socket to run the electromagnet/sensor mechanism. Knowing Jasper was a jumper, we secured the top of the trap with netting.

We wrapped up around midnight. When I got home, I configured my phone to play an alert on incoming emails, and went to bed.

We got the first alert around 5 a.m., but it was just a raccoon, attracted by the bait. (The sensor was placed high enough that the coon didn’t trip the gate.) Then at 6:59, we got our first look at Jasper, sniffing around the outside of the trap. Jessica immediately called the clinic staff, who lived a mile away.

At 7:06, the camera sent us a photo showing Jasper inside the trap. In the next few photos, we saw Jasper trying to dig under the trap. The ground was soft from recent rains, and for a few scary minutes, we were afraid he would find a way out of the trap. 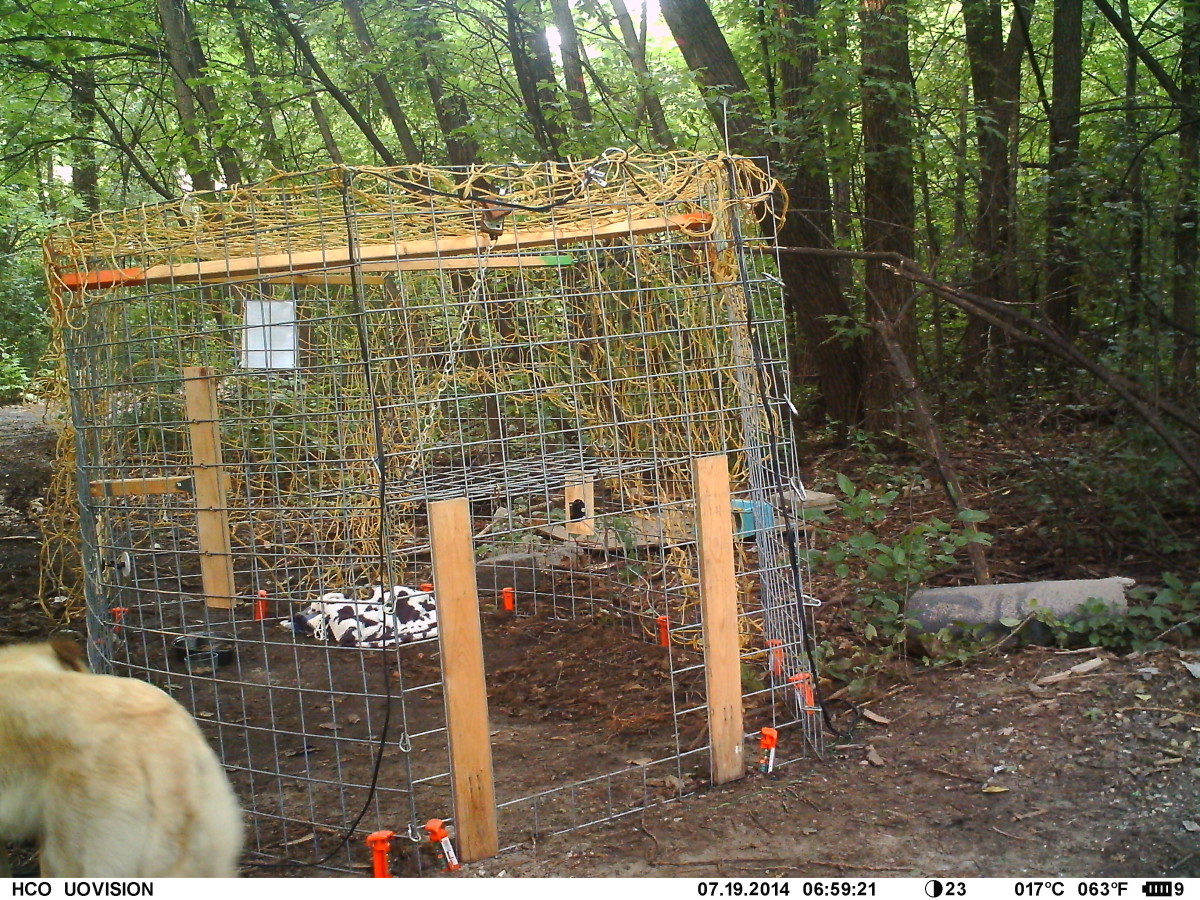 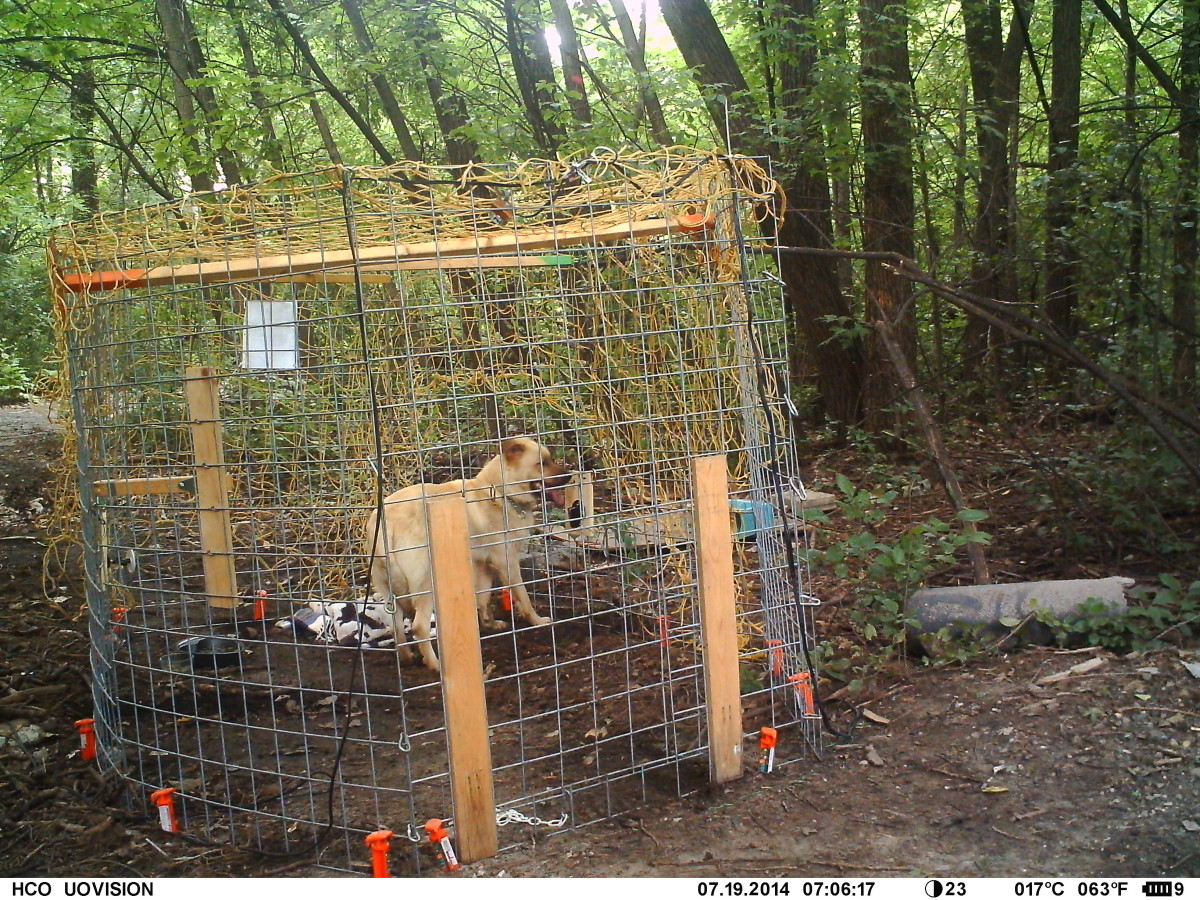 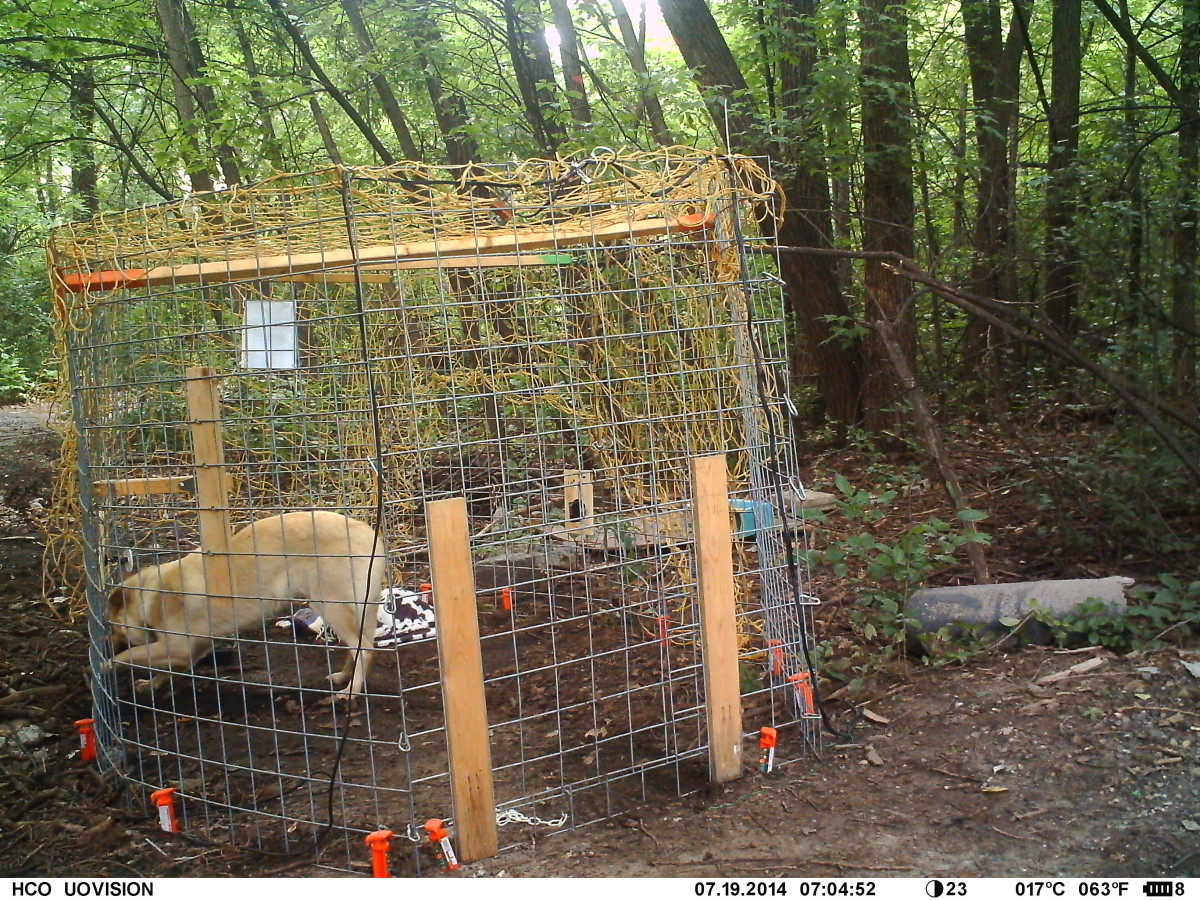 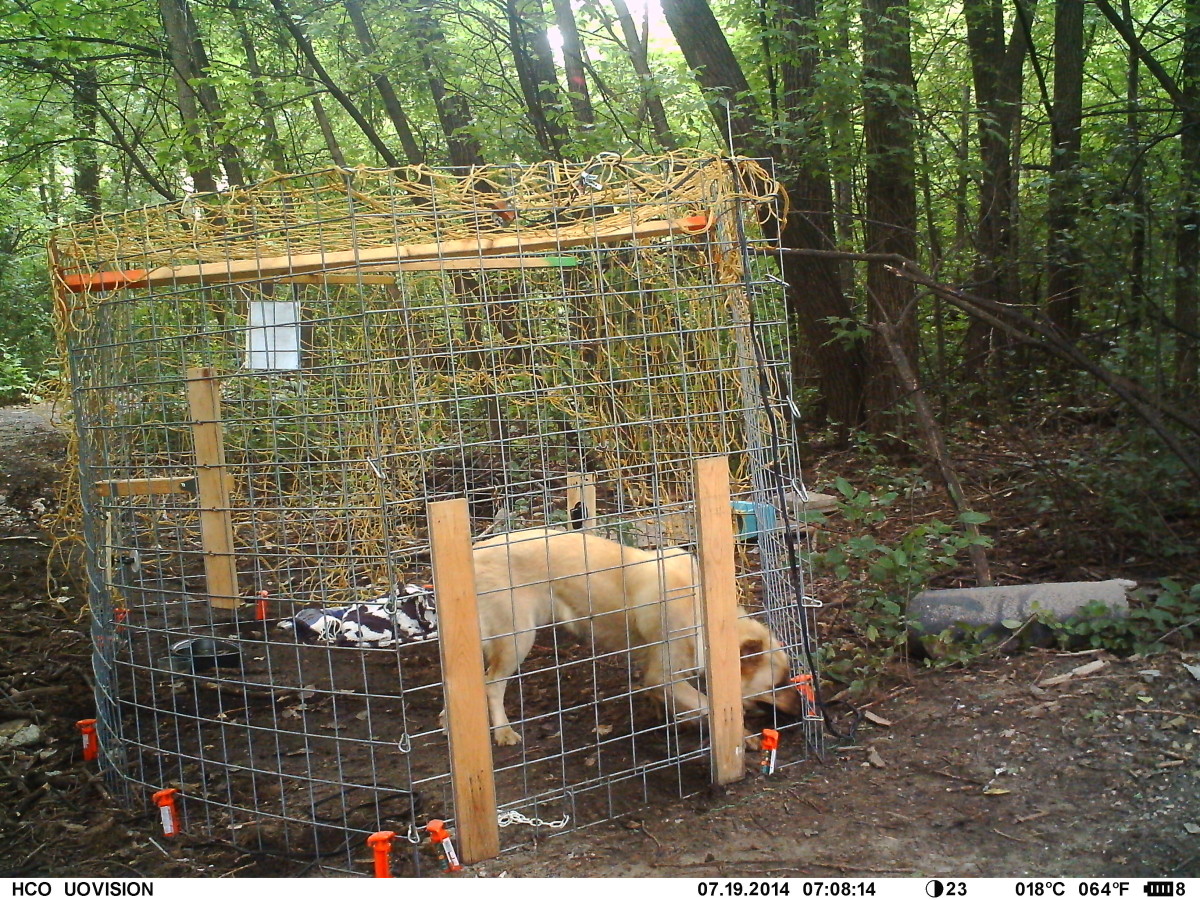 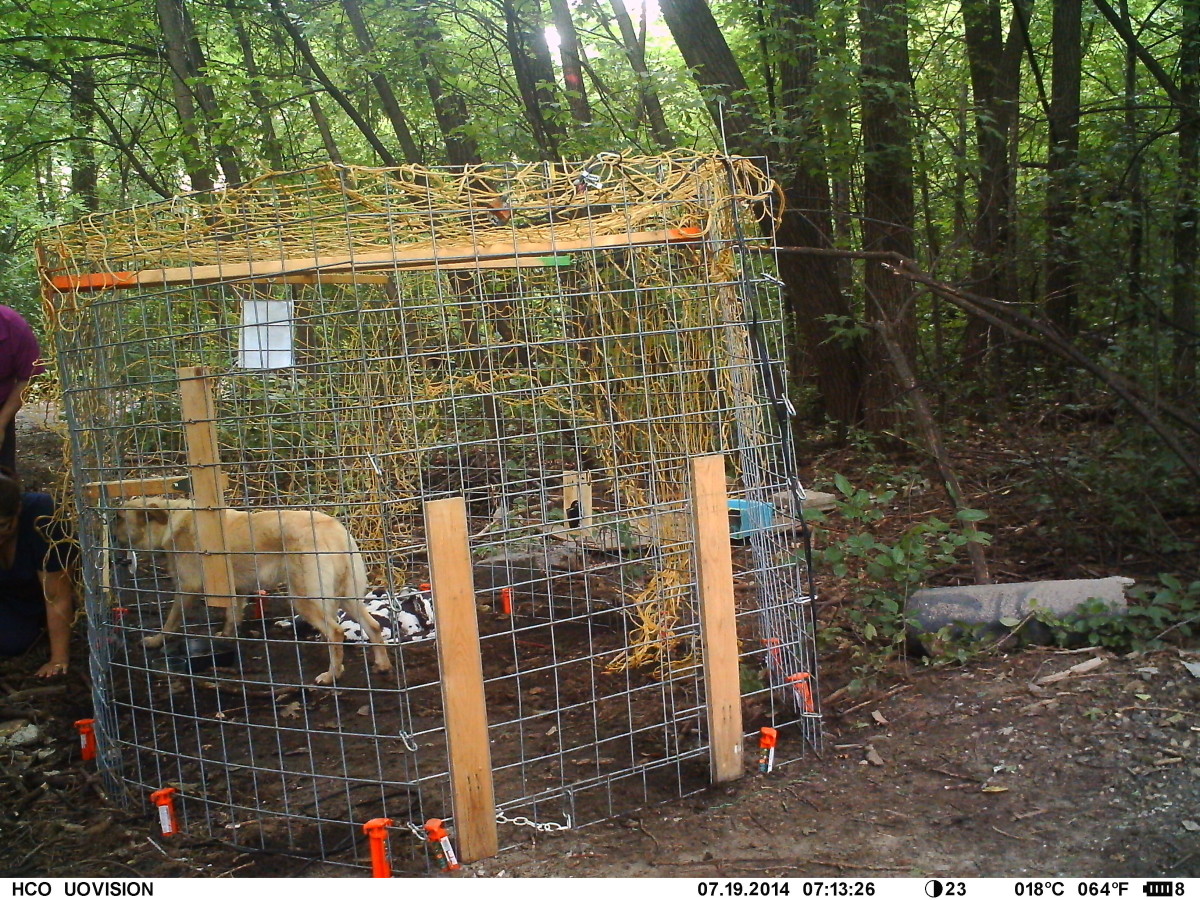 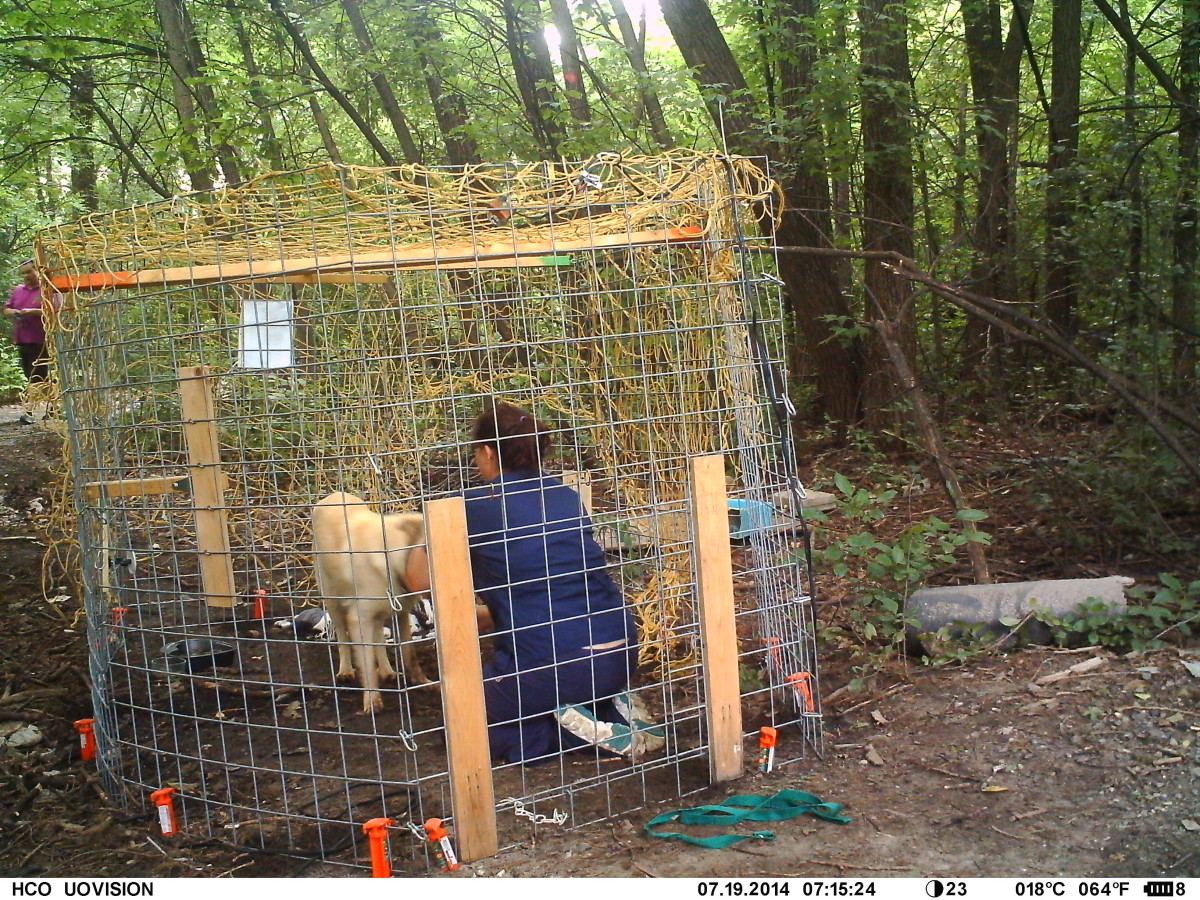 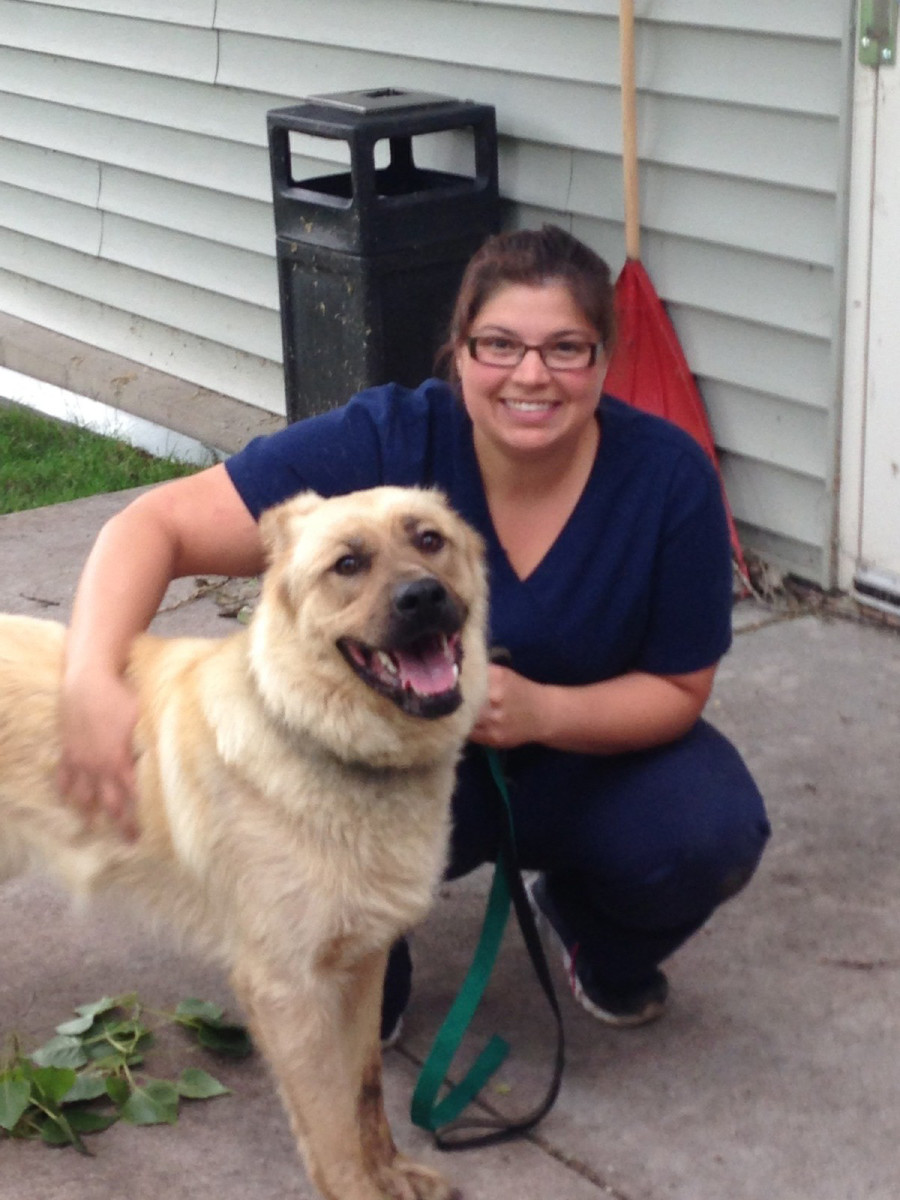 Safe at the Clinic

Then at 7:13, the camera sent a shot of Gina on site. Within a few minutes Jasper was safely inside the car and at the vet clinic.

At 9 hours, 54 minutes from initial call to safe recovery, this was the team’s quickest trapping yet. Jasper knew exactly what to do!

I’m very happy for Jasper and especially his family, who were able enjoy their vacation again. The clinic staff made sure that Jumpin’ Jasper remained earthbound for the rest of his stay.

A Community Came Together… 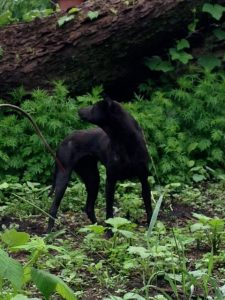 The Retrievers first became aware of Rosebud when she was posted multiple times as a sighting on the Lost Dogs MN Facebook Page.  She had been seen in Minneapolis over a period of time of at least 6-8 weeks running scared and growing thin.  The Retriever’s were contacted and consulted to help bring this very deserving dog to safely.

Through the powers of social media and networking we met one gal, Jenny, who had been trying to develop a relationship with Rosebud in a community garden. The Retrievers offered consultation, advice and direct assistance for for the safe capture of Rosebud.

It was in the community garden that Rosebud was first sleeping and eating food Jenny was leaving out for her.  Through time Jenny was able to hand feed bites of hot dog to Rosebud, but Rosebud would never get close enough to let Jenny touch her.   Rosebud got her name because of the Roses that were blooming in the garden and this dog had become Jenny’s buddy.  Thus “Rosebud”

Then Rosebud started spending less time in the garden  with Jenny.  Jenny and other good samaritans trying to help her noted her using the Greenway bikepath in Minneapolis as a route for her travels.  They often saw people trying to chase her and were trying to get the word out to please stop chasing this dog.  They would see her put a foot into the street and wait for cars to honk or stop for her and then she would cross the street.  Other times she was observed in the street in the middle of traffic. She was frequently crossing very busy roads. At one point there had been a live trap left out by a local animal control which was unsuccessful in trapping Rosebud. 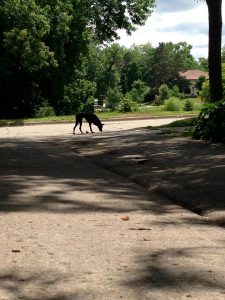 Rosebud on the streets days before
capture

Jenny and her neighbor Jeff were trying desperately to rescue Rosebud.  Jenny and Jeff  searched for a possible family that was missing Rosebud.  For weeks they scoured online ads for a lost dog in the area.  They searched for posters or flyers about a missing dog in the community and found nothing.  If no family was found Jeff was prepared to offer Rosebud a forever home.

It was next determined that Rosebud was traveling 2.5 miles or more between 2 neighborhoods.  Rosebud was seen in one neighborhood daily at dinnertime over a period of several days.  One of the good samaritans living in that neighborhood, Stephanie, started a feeding station.  Because Rosebud had been seen near this location for 3 days straight, The Retriever’s put out their Missy trap at Stephanie’s feeding station for two nights.…. yet Rosebud continued to remain elusive.

By this time there were several good samaritans wanting to help and the community really started to join together in force.  Flyers were made and distributed, neighbor’s contacted neighbors through word of mouth and neighborhood websites and facebook.  People were trying to get the word out in the community about Rosebud and were asking people not to chase her but rather to call instead if she was sighted.

Then one morning a man on his way to work; 5.6 miles away from the neighborhood Rosebud was seen the evening before noticed a dog in the middle of a busy road.   He was able to lure her into his fenced in yard with bits of hot dog.  Rosebud was still very skittish…this kind man stayed home from work and sat in his yard with bits of hot dog trying to gain Rosebud’s trust.  Meanwhile his wife posted Rosebud on the Lost Dogs MN Facebook page asking, “is this your dog?”

At this time a diligent person who follows The Retrievers on facebook saw the posting on social media for a found dog and wondered if it could be Rosebud.  She notified The Retrievers immediately. 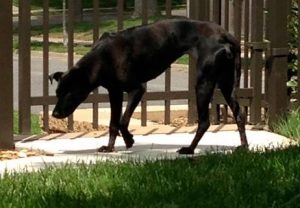 A view of Rosebud in the fenced in
backyard of the good samaritan where she
was captured.

Soon the people closet to the search for Rosebud (Jenny, Jeff and Stephanie) arrived at this home.  It was Rosebud!   With patience and time, they were able to touch Rosebud gently and eventually have her walk into a crate.  Her time of roaming and scavenging to survive was finally over. 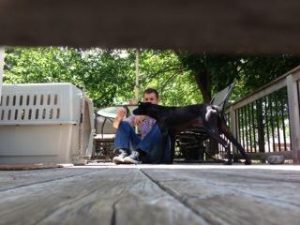 Rosebud just before capture. You can see the
crate she eventually was corralled into

There is no way to describe the relief the good samaritans felt when Rosebud was finally safe after a minimum of 6-8 weeks on her own. Rosebud was taken directly to a vet for an examination with Jenny and Jeff by her side.  As the pictures showed, the vet said she was emaciated, but for the most part in good health.   After the vet visit, she was taken to Jeff’s home.

The Retrievers really like the story of Rosebud.  Through the powers of social media, networking, consultation, and flyers, a small community was formed for the love of Rosebud and her safety.  She finally has good food to eat, a soft bed to lie in and people that love her. 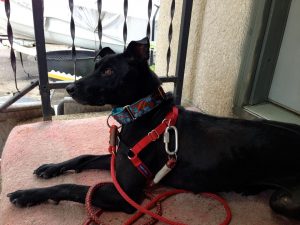 Summer is in full swing, and many people are taking their canine family members along on vacation. From GoPetFriendly.com and PetHub comes this helpful infographic with tips on how to safely travel with Fifi and Fido. Please pass it around!