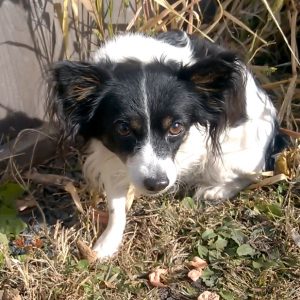 This pint-sized parti-pup was loose in South Minneapolis for several weeks. After scanning Craigslist ads, notices on NextDoor.com and posts on Lost Dogs – MN, a Good Samaritan named Sandra counted 16 different reports of a stray black-and-white dog roaming between Minnehaha Parkway and the Keewaydin neighborhood. Concerned for his safety, she contacted the Retrievers and began flyering and listing the sightings online.

Sandra received a report that the dog had been sleeping next to a resident’s garage, so we monitored the area for a couple of days, but “Little Man” failed to show.

Then we heard from another resident further south, who said that the dog liked to hang out in her backyard with her yellow lab, Frank. As luck would have it, Little Man was there when Sandra and I went to follow up on the tip. I tried to get a slip lead on him, but unfortunately, he was able to squeeze through a hole in the fence that the homeowner didn’t realize was there.

Not to worry. The scrappy little dog returned a short while after we left. We set up a Sammy trap that evening, baited it with bacon and chicken, and locked it open. After confirming through trailcam photos that Little Man was not afraid to enter it, we armed it to trigger with our sensor beam/magnet system. Little Man was captured that evening.

Sandra was eventually able to locate Little Man’s owner. Sadly, they did not want him back.

But Little Man got a storybook ending anyway. He was adopted by the people whose yard he had been visiting, and now he gets to kick back with his buddy Frank every day. 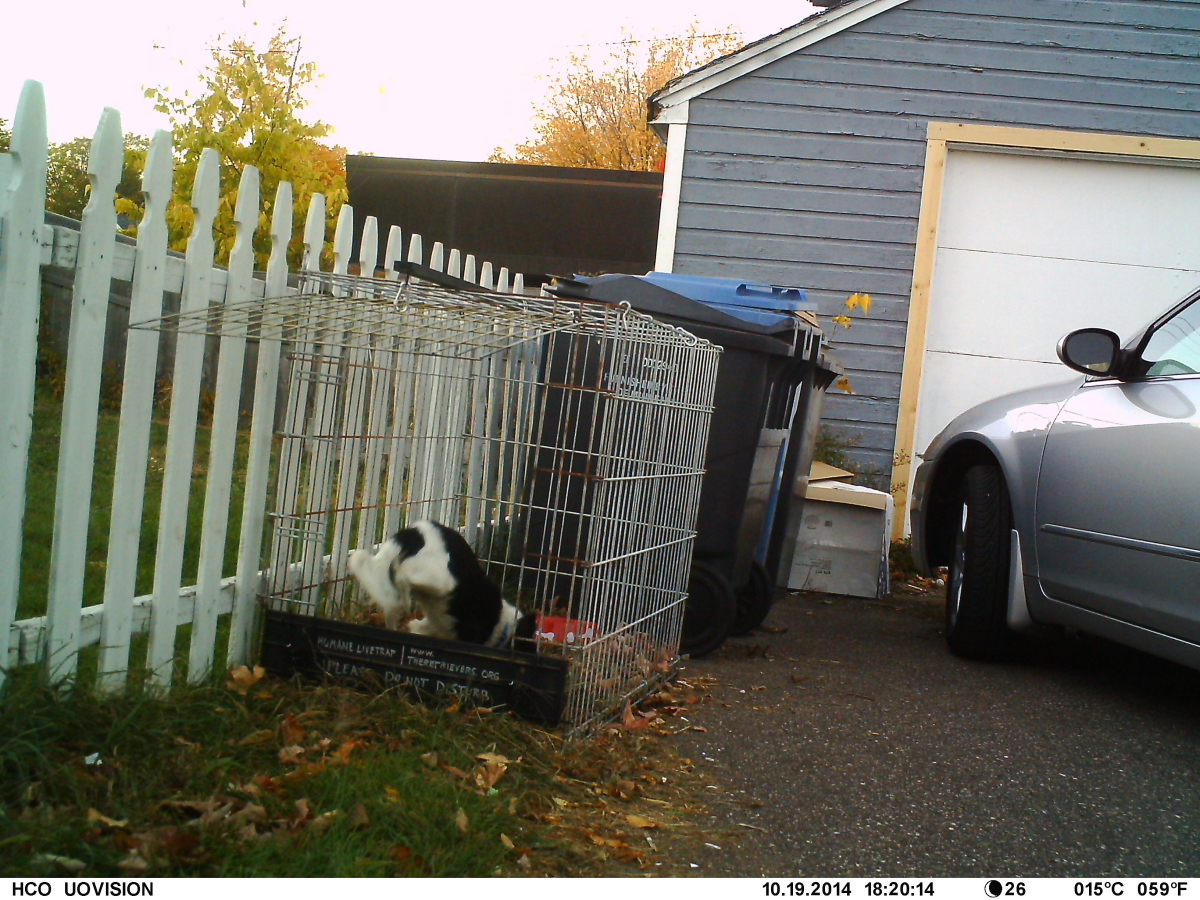 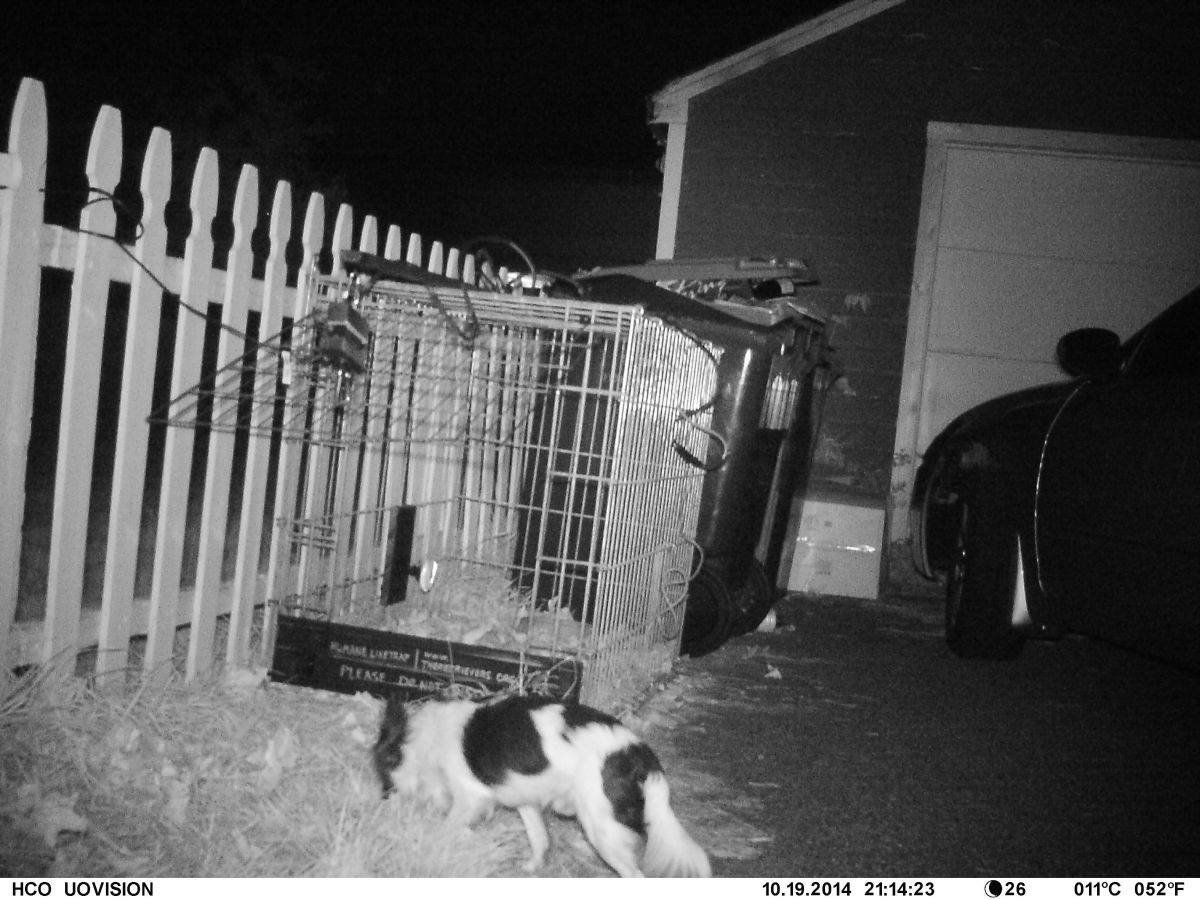 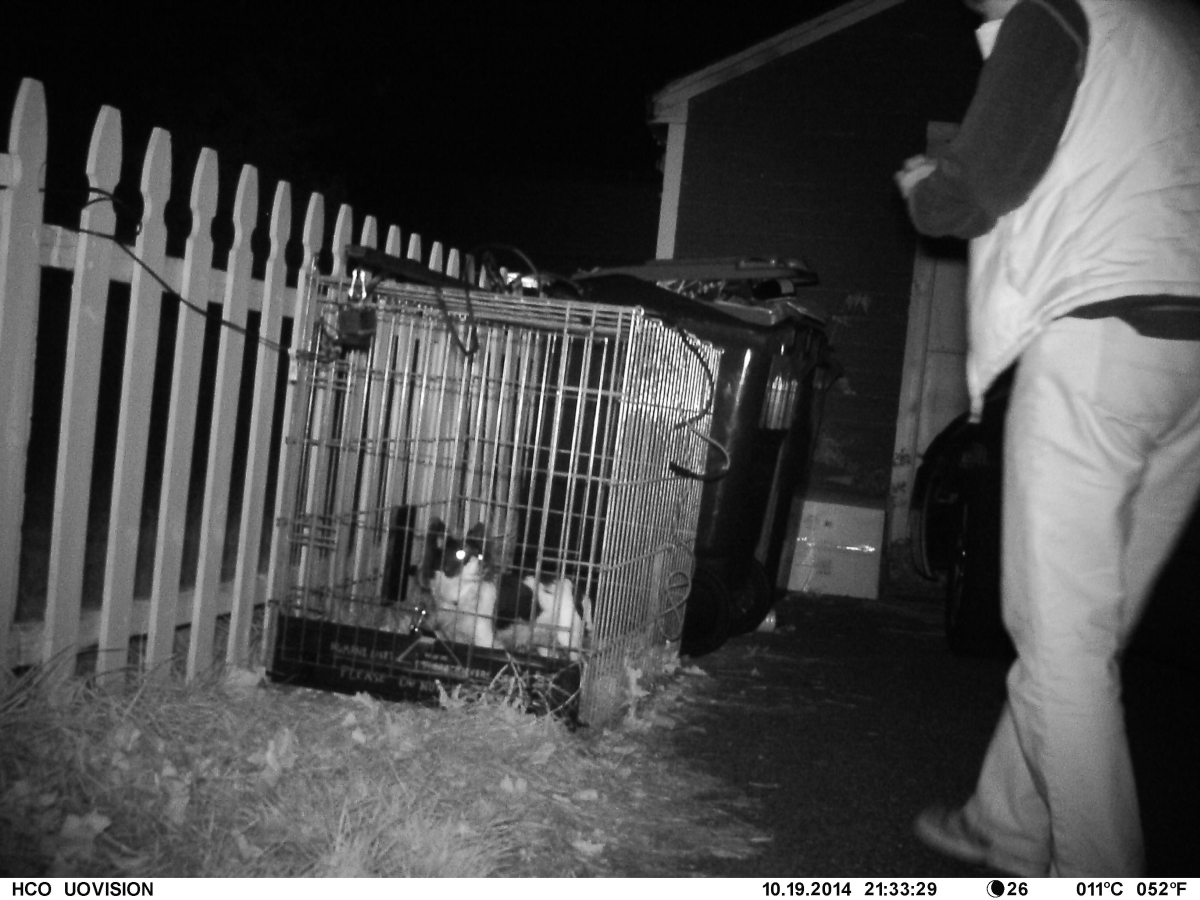