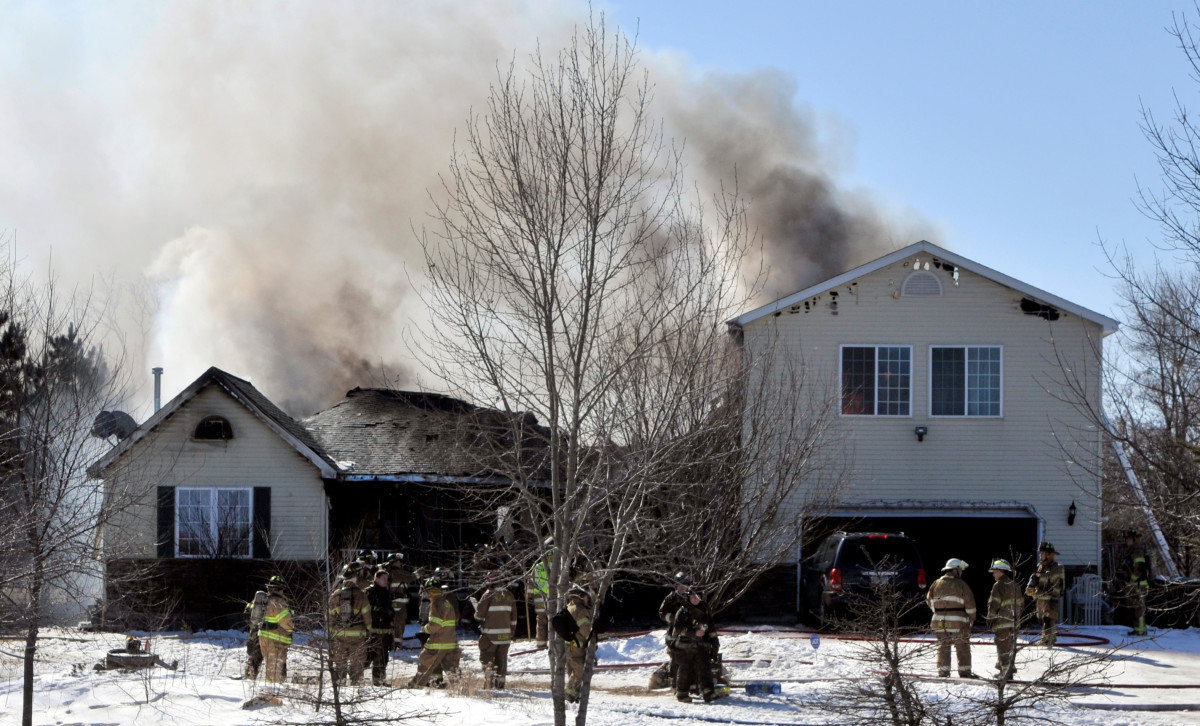 The family’s home burned while their dogs were still inside. (Photo by David Brakke, St. Cloud Times. Used by permission.)

On March 7, 2015, a family in Big Lake, MN suffered a devastating fire. When the blaze broke out, the only adult at home was in the basement shower. When she got out, she heard her two dogs barking, also in the basement, and neighbors pounding on the windows. She and the dogs came upstairs, but Charlie and Bella were too scared by the flames to exit, and they bolted downstairs again.

The owner tried to get to them, but could no longer see through the smoke. Neighbors broke through the basement windows and attempted to save the dogs, but they couldn’t find them.

For two agonizing hours, the family watched their home burn with their dogs inside.

Once the fire was out, though, firefighters found the dogs huddled in the basement tub. They had suffered smoke inhalation but were alive and unburned. Unfortunately, when the dogs were brought outside, Charlie—a 10-month-old Golden Retriever mix—panicked and ran off.

Firemen and neighbors tracked him through the snow to the nearby Mississippi River, but never actually saw him. Meanwhile, friends put Charlie on Lost Dogs – MN. That night and through the next day, about 40 people in the neighborhood were out looking for him. 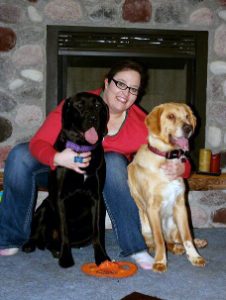 A family friend told the owner about the Retrievers, and we received a call at about 5 p.m. on Sunday. On hotline duty that day, I learned that Charlie was running up and down the wooded shoreline of the river and nobody could catch him. They would see him and call out or offer treats, but he ran from them every time.

I advised Tasha, the owner, to ask everyone to leave the area except for her. She should wait by the river with her other dog, Bella, and sit quietly until Charlie appeared. The wind was blowing along the river that afternoon, and I hoped that it would carry Tasha and Bella’s familiar scents to Charlie. I also hoped that clearing the woods of all strangers would help him be less anxious and stop running. 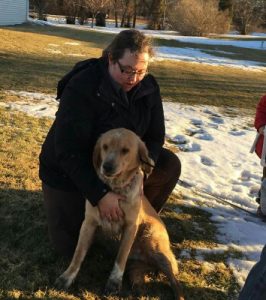 Moments after being reunited.

Tasha waited about two hours. As it was getting dark, she received a call. Turns out Charlie had wandered out of the woods and over to a residential area. where he allowed a couple of teenagers and kids to put a leash on him. (He loves kids!) Minutes later, Tasha and Charlie were reunited.

Sometimes the only way the Retrievers can help on a lost dog case is through consultation, but often, that’s what an owner needs most—a single, experienced voice to guide them. “You made us stop what we were doing,” Tasha told me later. “It got everyone to calm down.”

Including Charlie, it would seem. Without all those strangers pursuing him in the woods, he was able to come out of his panicked state and stop reacting so reflexively.

Though the family lost their home, all four of their pets (Charlie, Bella and two cats) survived. I’m very grateful that the Retrievers were able to play a small part in that success.

Read the story in the St. Cloud Times