Retriever Bobbi Jo was contacted by a resident of her hometown in northern Minnesota about a black dog that had been hanging out near his business on the outskirts of town.  The dog appeared to be young and limping.  He was black and very skittish and would not let the man get near him.  Bobbi Jo had recent experience in the same town in capturing two goldendoodles (see that story here), and she jumped into action.

Bobbi Jo (BJ) immediately got awareness to the various outlets and authorities in hopes someone would come forward claiming to have lost the dog.  That never happened so we assume the dog had been dumped to fend for itself.

At the same time, BJ set up a feeding station in a secluded area of the property near where the dog had been seen.  She also set up a trail camera to get pics of the dog using the food/water station and she set up a wire kennel as shelter for the dog and to get it comfortable with entering an enclosure and to prepare him for capture in the trap.

For two weeks, each day BJ would stop by a few times a day to restock the food and water and check the camera. 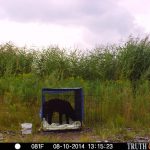 The dog was staying in the area, eating from the feeding station and better yet, was feeding from inside the wire kennel.  The time was right to set up the trap for capture.

I drove up the four hours on a Friday and BJ and I quickly set up a new trap we have.  A Retriever fan had graciously donated a Great Dane sized wire kennel that I converted to use as a trap with our sensor/magnet set up.  We felt a Missy Trap was not needed (but I did bring one with just in case).  We set the trap near where the feeding station was and then ran the 200 feet of wire to my jeep which was parked a distance away behind some tall grass.  We decided to forego the sensor because we planned to manually kill power to the magnet from my jeep when the dog entered.  We sat and we waited.

We waited a short 45 minutes before the dog emerged from the tall grass and approached the feeding station area.  He first knew something was different and watched my jeep from the area.  He did a lap around the wire kennel.  He then walked over to the trap and his hunger overcame his caution and he walked right into the trap for the food. 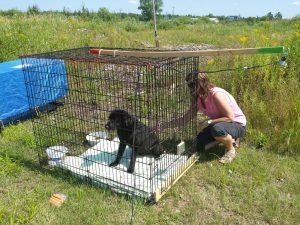 We pulled the plug and the gate closed.  He was safely captured.

We did not confirm he was a boy until we calmly approached the trap.  He was a bit frightened/overwhelmed and peed, but we also confirmed him to be young.  Our guess was 6-7 months old.  After a couple minutes he was gently taking treats from BJ by hand and was already a sweet boy.

It was a hot and sunny day so we covered the top of the trap with a blanket to shade him.  We decided to name him Cash because his coat was all black and he was a surviving rebel like Johnny Cash.

We checked Cash for a microchip and there was none.

We loaded up the trap equipment and Cash into my jeep and then the trap itself onto the cargo carrier.  It was time to hit the road back home with Cash who would spend a couple nights with me until he went to rescue.   He slept all the way home in the cool AC of the jeep.

In the 48 hours I spent with Cash, I learned that he was a very, very sweet boy and just wanted to be a happy puppy and play with my two goldens.  On Sunday he was transferred to Fargo, ND to be fostered by 4 Luv of Dog Rescue.   At the time of this posting he is currently up for adoption.

We’re told he did well at his initial vet visit and is estimated to be 10-12 months old and his limp was from anaplasmosis, a tick borne disease.  Antibiotics will rid him of that.

A special thank you goes out to 4 Luv of Dogs Rescue for taking Cash into foster.  They already had a Cash in foster so we decided to change the name of our Cash to Lucky.  They will find Lucky a wonderful family and that family will be very lucky to have Lucky.

The plan from the start, to capture Lucky, was executed perfectly by Retriever Bobbi Jo.  Once again, she did a fantastic job in helping this dog and saving him.

Good luck and best wishes on a great life, Lucky.

Here’s a video of the capture shot from 200 feet away. 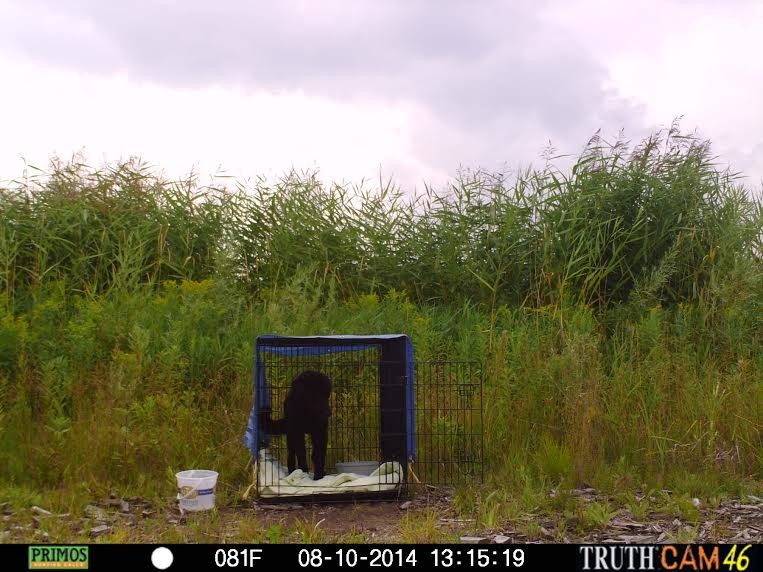 Getting Used to the Kennel 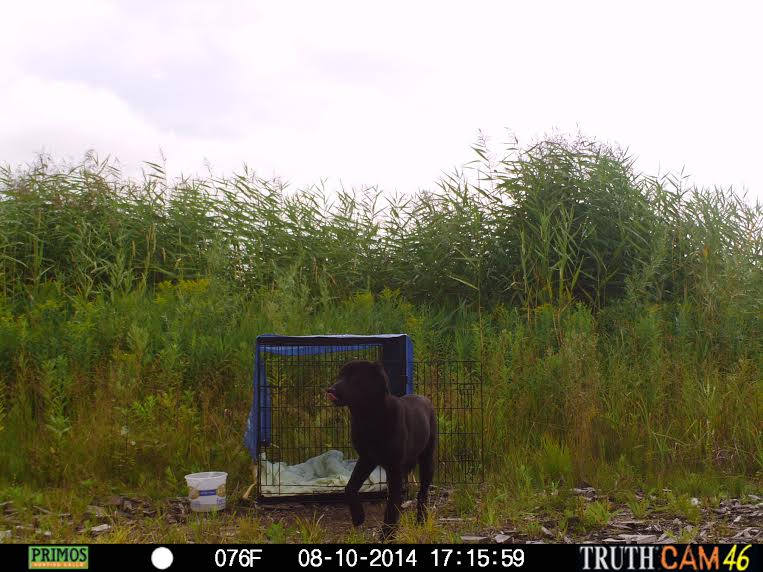 Licking His Lips after Dinner 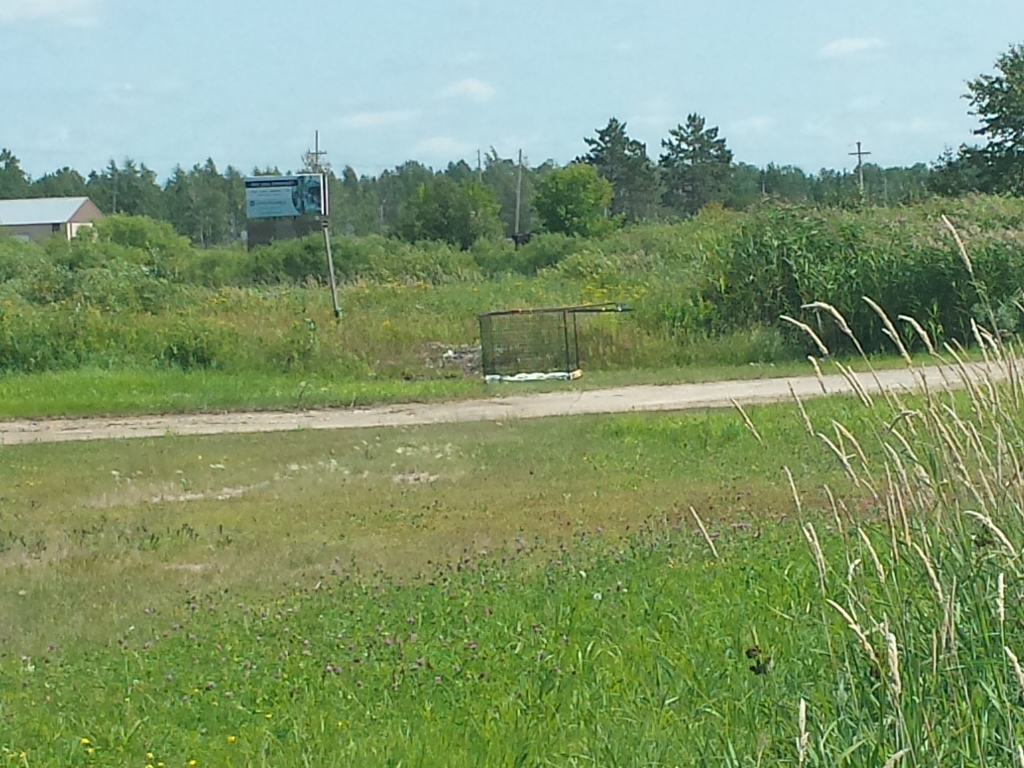 View From my Jeep (waiting) 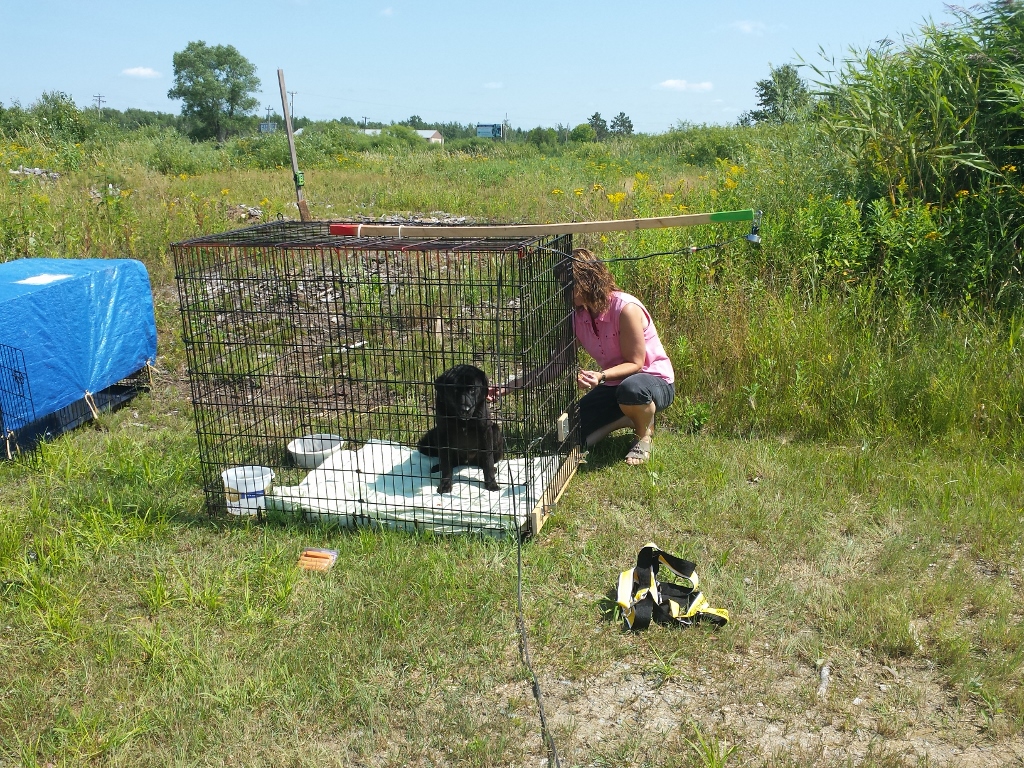 Calm Pup – Soon to be in the Cool AC 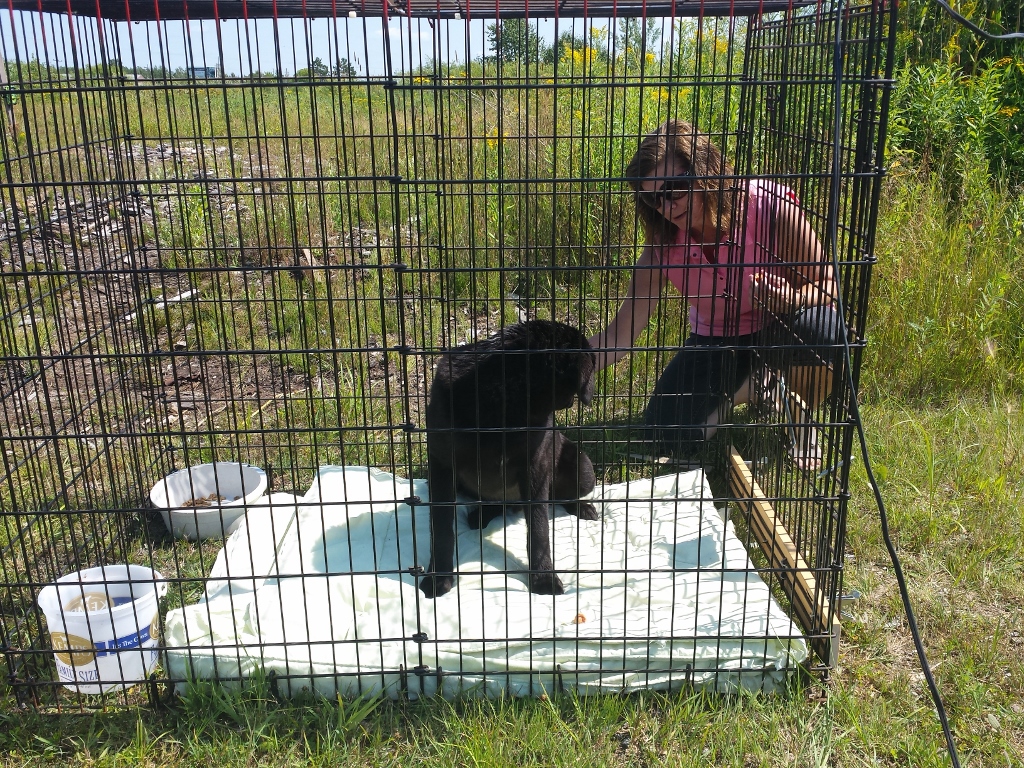 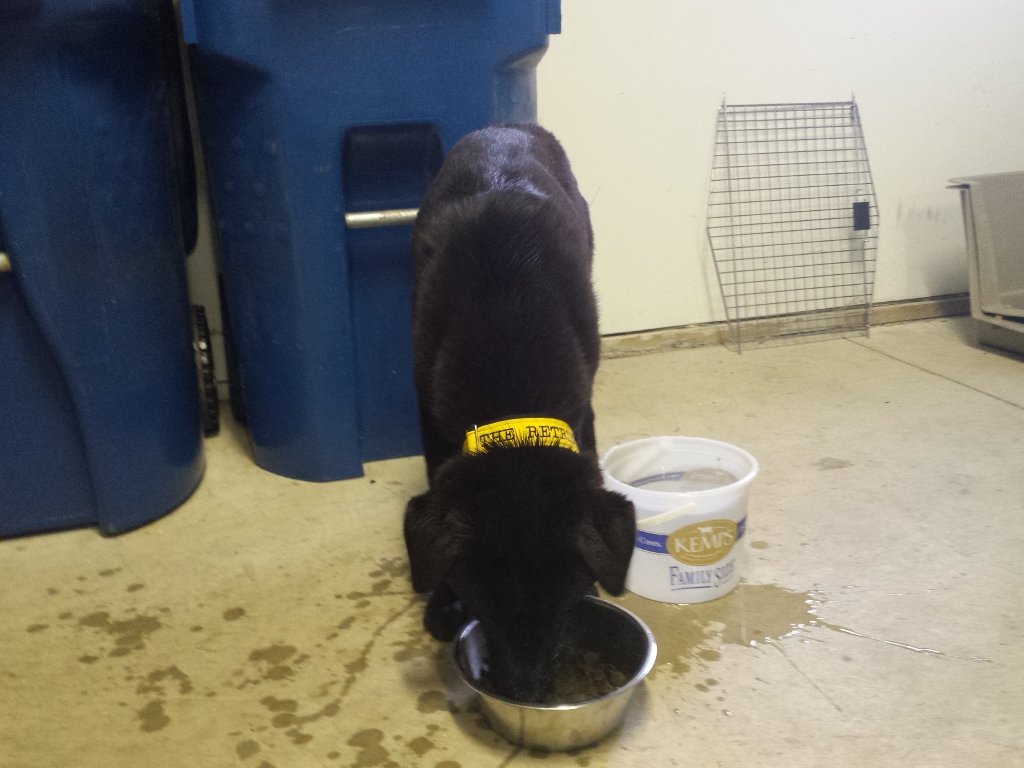 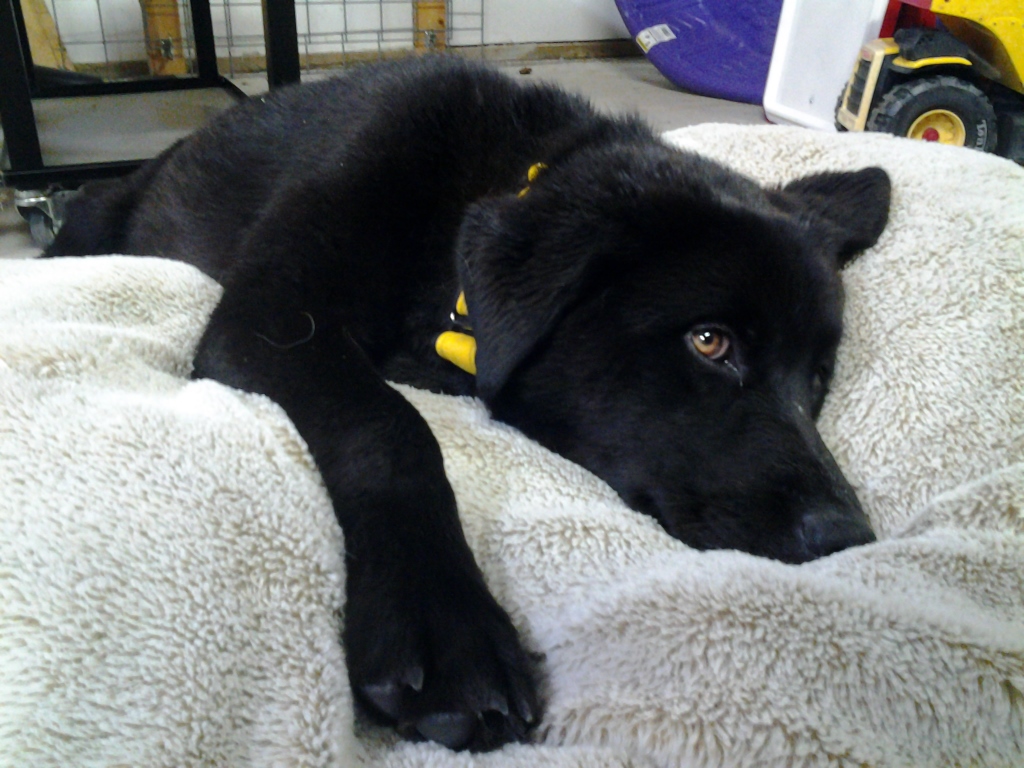 First Night With Me 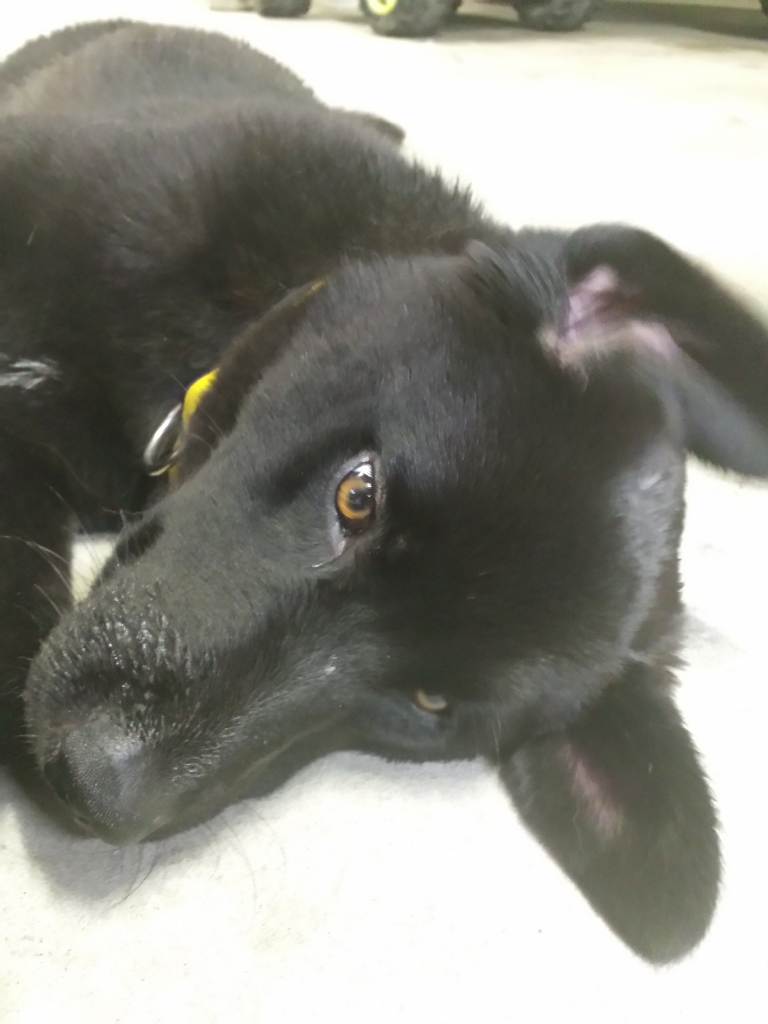 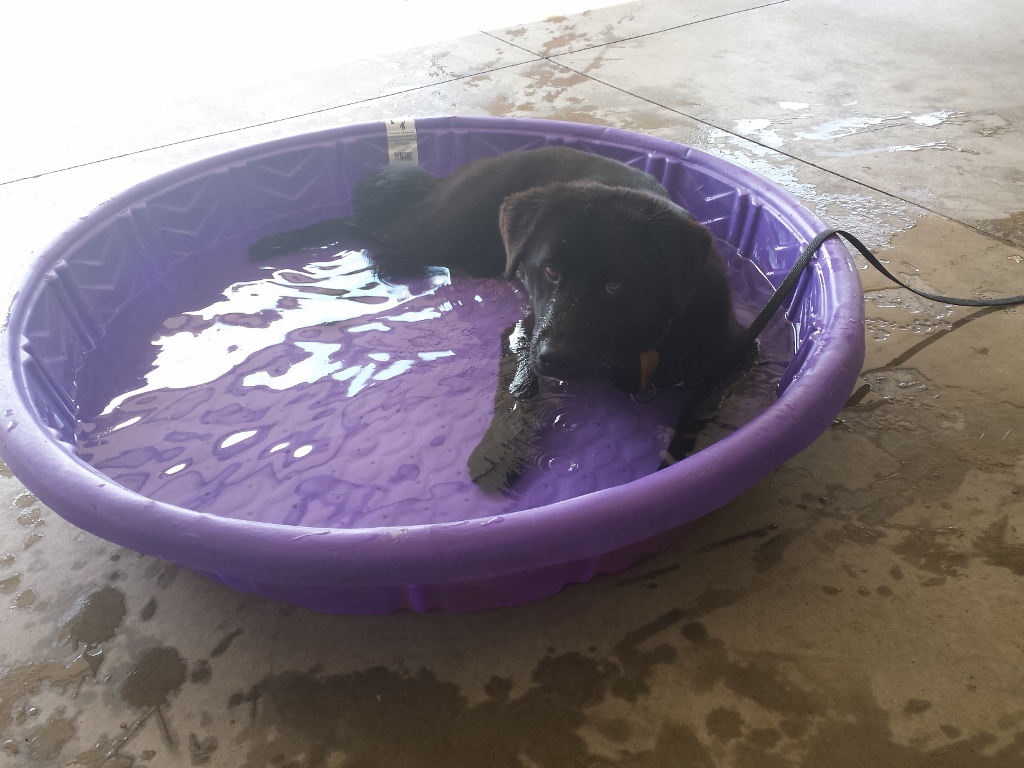 Chilling in the Pool 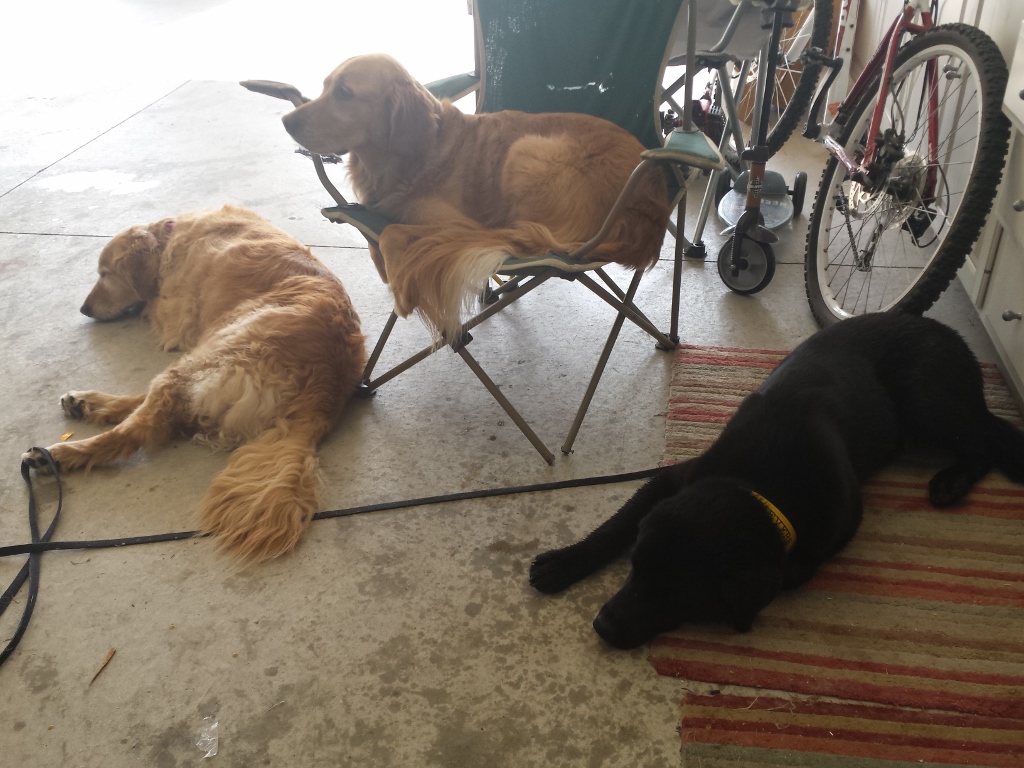