The Pit in the Box 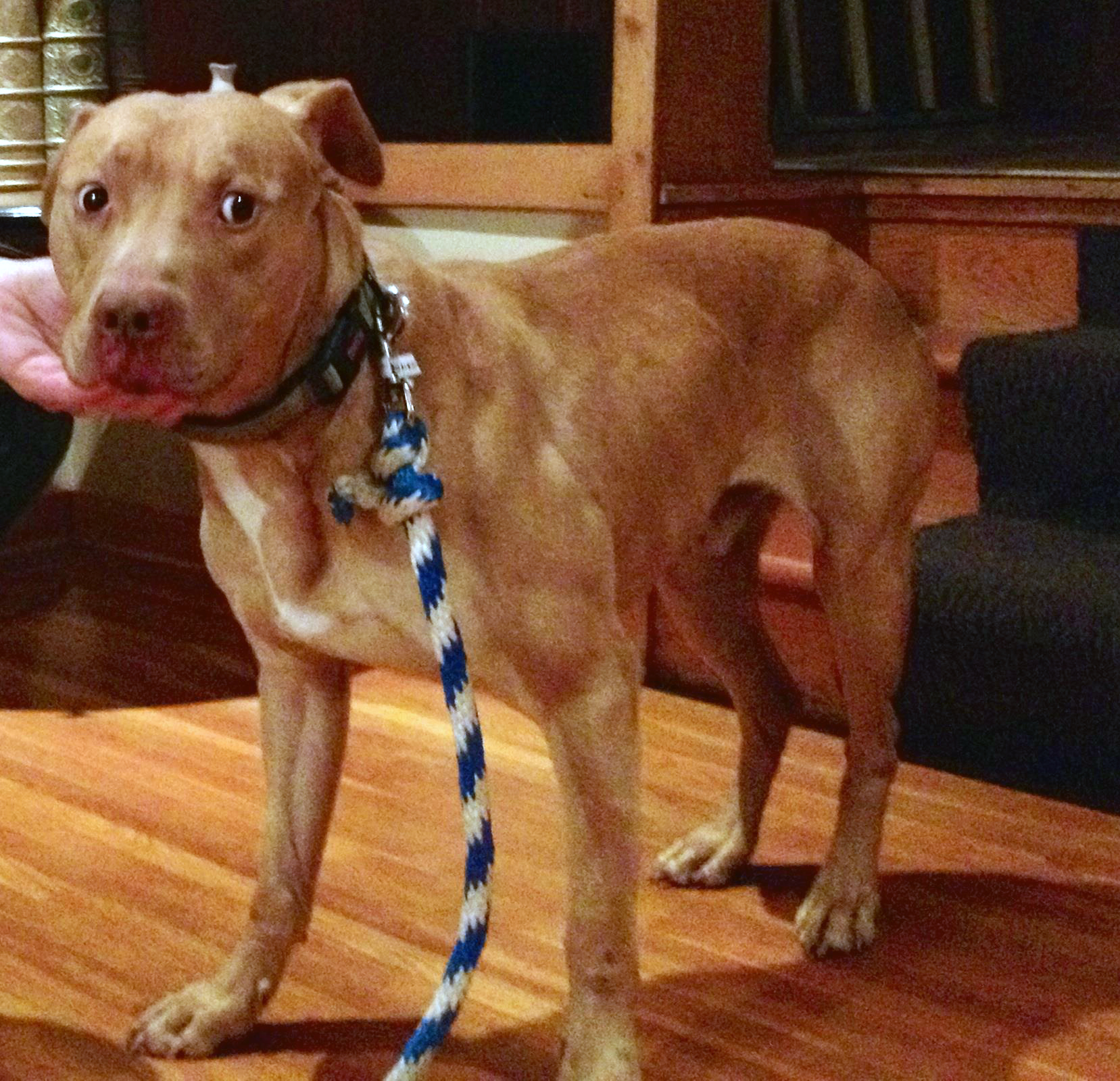 Minneapolis residents Josh and Ashley woke at 3 a.m. to their dog Casey barking, and when they looked out the window, the saw a dog outside their house. Possibly a bull terrier/Vizsla mix, the dog was there the next day, too, but ran when Josh tried to catch him. They placed a shelter–a cardboard box lined with a sleeping bag–in their front yard and started putting out food, and the dog seemed pleased to have both.

Although Josh reached out to local rescues to help “Pete,” sadly none were able to come to his aid. However, we learned about Pete through our network of friends and rescue advocates, and Retriever Jen Eidbo went to the house to help.

She found Pete lying in the box–shaking with fear–so she immediately sat to one side and asked Josh to bring her pieces of hotdog and a leash. Pete sniffed her hand with no issues. Jen fed him dog treats and slowly gained his trust. In time, he let her pet his neck, ears and muzzle.

With every piece of hotdog, Jen moved the leash a little closer. When she was finally able to get the leash around his neck, Pete was still shaking but did not attempt to bolt.

They then opened the top of the box and petted Pete for a while, but he wouldn’t come out on his own. So Jen gently pulled the sleeping bag out from under him, causing him to slowly stand and walk out. With a little coaxing, Pete was led into the house and into a crate lined with the same bedding that had comforted him for the last couple of days.

Josh and Ashley fostered Pete for several days until a rescue was found. He was transferred to 4 Luv of Dog for placement into a permanent home.