Velvet, a shy, pretty Great Dane, newly adopted through Upper Midwest Great Dane Rescue, panicked and ran from her adoptive home in Eagan, Minnesota and into the suburban surroundings.

The area’s wooded parks, recreational areas and quiet residential streets offered Velvet many places to hide. Still, it’s hard not to notice a loose Great Dane, and the rescue received many sighting calls over the next few days, indicating that she remained in the general area.

Because the rescue could not find a live trap big enough to capture a Great Dane, they contacted RAGOM’s Lost Dog Rapid Response team to see if we could help. Our engineer built a new door panel for the Missy Trap with a specially modified taller gate.

By piecing together a pattern of sightings, we determined a likely route that Velvet had been taking and set up the trap in her path. When she failed to show up the first night, we moved it half a block, which did the trick. Velvet was captured the next night after eight days on the run. 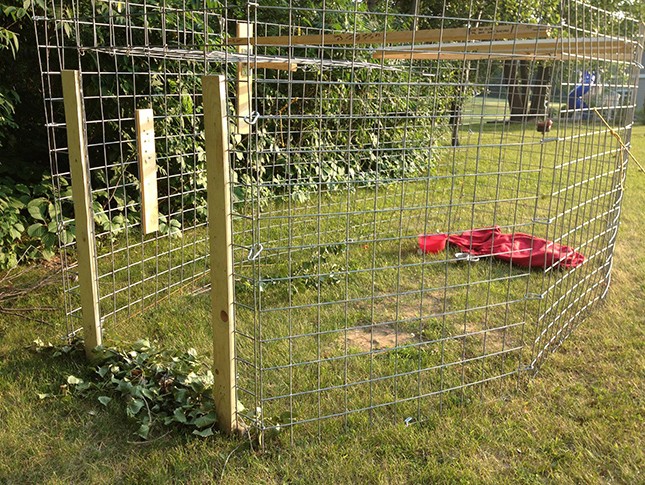 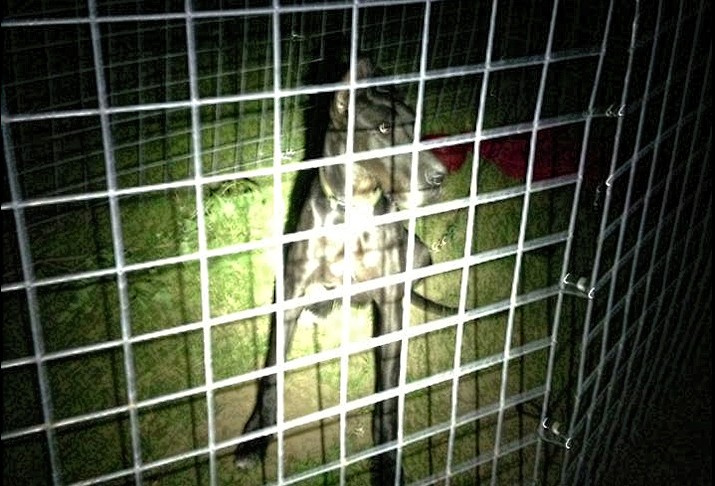 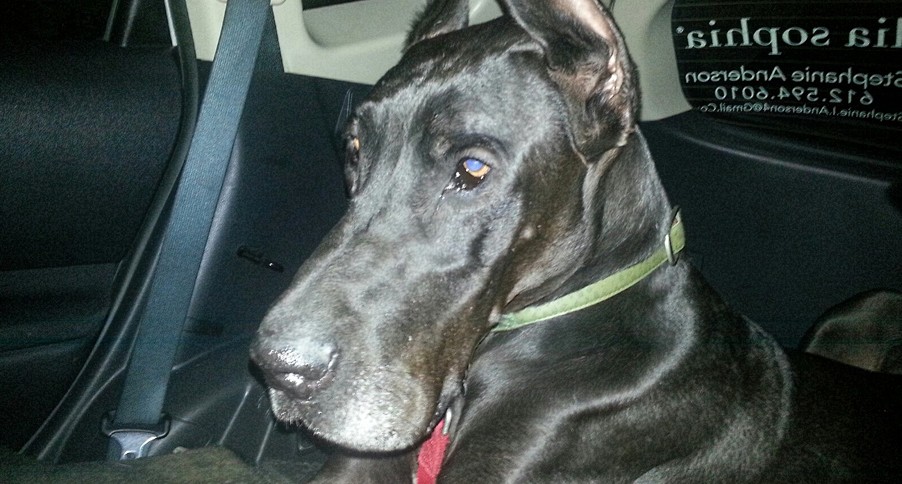